Home » Blog » Home for the Holidays 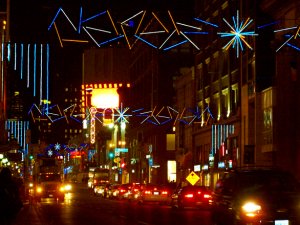 ROCHESTER, N.Y. – If you thought a lot of people were traveling for Thanksgiving, wait until you see the numbers for the holidays in December.

Nearly 50 million Americans came home with Thanksgiving leftovers this weekend, according to AAA estimates. If the trend stays on pace, Americans will more than double the amount of miles traveled over the Thanksgiving break as Christmas approaches.

Last year, more than 100 million people traveled for the holidays in December. That number is expected to rise once again this year as families head home for the holidays despite the winter weather that often goes with the season of giving.

A Rochester car accident lawyer at Cellino & Barnes says the holidays are a joyous time for many families but for some, they can be a somber reminder of how dangerous the season can be.

“During the end-of-year travel period, around 30,000 people will be seriously hurt in car crashes and many of those people will be traveling in and out of Rochester,” car accident lawyer Ross Cellino said. “We generally see snowy and icy roads this time of year and an increase in the number of drunk drivers, which can lead to serious accidents on our roads.”

Around 35-percent of the car crashes that occur around Christmas were the result of drinking and driving, according to statistics compiled by the National Safety Council. Less than a week after Christmas Day, there’s New Year’s Eve – a holiday in which nearly half of the traffic fatalities are associated with alcohol use.

This year, both Christmas Eve and New Year’s Eve fall on weekends, making them extra dangerous because fewer families have to work on the following days.

While there’s a higher risk traveling on recognized holidays, Rochester car accident lawyers noted that the days leading up to Christmas can be dangerous too.

“Many people are throwing holiday parties and many will undoubtedly feature alcohol,” Cellino said. “While most partygoers are responsible about drinking and driving, some are not and every winter, thousands of people get seriously hurt or killed in car crashes just days before Christmas.”

Whether you’re traveling far for the holidays or plan on staying close to home, Rochester car accident attorneys urge everyone to be responsible behind the wheel.

If you or someone you love has been injured by a negligent or drunk driver, a Rochester car accident attorney at Cellino & Barnes can help you get the best result possible. Contact an experienced trial lawyer today for a free consultation.