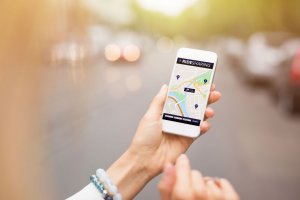 ROCHESTER, N.Y. – Transportation network companies (TNC’s) like Uber and Lyft have taken over the taxi industry. With thousands of Uber drivers in New York State, it’s important to ask the question, How Do Uber Car Accident Claims Work? Although Uber and Lyft accidents are not similar to ordinary car accidents between drivers, there are some important differences, Rochester car accident lawyers say.

The insurance coverage available to you depends on the driver’s status at the time of the accident. Three distinct scenarios affect your claim:

1. Driver Active on App, Has Not Accepted Fare

An Uber driver who is signed into the Uber app and looking for passengers, and who does not have a passenger with him when he becomes involved in an accident, must file a claim under his own insurance policy. Uber may provide additional contingency liability coverage of up to:

Rochester car accident attorneys said it’s important to note that when the driver’s insurance fails to provide adequate coverage, the additional coverage is only available upon request.

If an Uber driver is carrying a passenger when he becomes involved in an accident, the driver and his passenger(s) may be covered under Uber’s 1 million dollar liability policy. Uber may provide up to 1 million dollars more if the Uber driver lacks insurance or is underinsured.

If the driver is using their vehicle for personal use and they aren’t available to provide rides, they’re covered under their own insurance policy.

Why Do I Need an Attorney to Resolve an Uber Claim?

Claiming damages against Uber is no easier than making a claim against your own insurance company. Like any other corporation, Uber seeks to reduce its liability to maximize profits. They will do what they can to deny claims seeking financial recourse. With a large team of attorneys on their side, Uber rejects and devalues claims. In some cases, they may offer you a meager settlement up front in the hopes that you will not seek the sum you need.

Do not take the first offer you receive from an insurance agent; work with an Uber accident lawyer to fight for what you deserve. An attorney will be able to investigate several aspects of the accident, including:

Call the Rochester car accident lawyers at Cellino & Barnes for a free consultation.