Home » Blog » How One Accident Changed So Many Lives 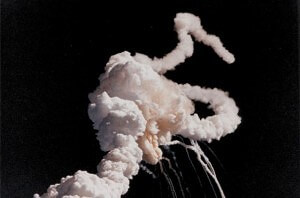 NEW YORK – If you have ever been in a fender-bender, it can be frustrating. Hopefully, it’s minor and you walk away without any injuries but sometimes accidents can be devastating. Any time a person is injured in an accident, it can put a strain on your health, your job, your relationships, and your finances.

Just one accident can change your life.

This week, Americans honored the lives of seven people who were killed in one of the nation’s most horrific accidents. They were engineers, physicists, service members, pilots, and teachers aboard the Space Shuttle Challenger.

A New York personal injury attorney at Cellino & Barnes says this one tragic event affected so many American lives.

“This one accident took loved ones away from their families and robbed school children of their teacher,” New York personal injury attorney Ross Cellino said. “Whether it’s a space shuttle or a car crash, it’s heartbreaking to think about how many people can be impacted by just one accident.”

The space shuttle’s external fuel tank collapsed, causing the shuttle to break apart just 73 seconds into its flight. A major investigation tasked with finding the cause of the accident discovered that a fault seal on one of the rocket boosters didn’t function correctly.

Federal investigators say the accident could have been prevented: it was a design flaw.

Engineers originally recommended postponing Challenger’s launch date because the “O-ring” seals had not been tested in low temperatures. Mission managers had only slept for two hours before they rejected the engineers’ recommendation.

The official accident report was issued later in 1986 and had determined that “time pressure… increased the potential for sleep loss and judgment errors,” and working “excessive hours, while admirable, raises serious questions when it jeopardizes job performance, particularly when critical management decisions are at stake.”

Families of the Challenger crew members received settlements 11 months after the crash. More than half of the settlement payments were made by the manufacturer responsible for the space shuttle’s rocket boosters.

“Legal action can provide security for accident victims and their families,” Cellino said. “It can also promote positive changes and improve safety for future generations.”

The accident was no doubt a tragedy and it completely changed America’s space program.

After Challenger, NASA completed a total redesign of the space shuttle’s rocket boosters. The space agency also created the Office of Safety, Reliability and Quality Assurance, which continues to be responsible for safety analysis and assessments of space technology.

Beyond these changes, the Challenger had a larger impact on America: although its crew never completed its educational mission, heartbroken families and friends have continued it by establishing and supporting the Challenger Center, a non-profit educational organization that aims to teach children the importance of science, technology, engineering, and math.

One accident continues to have a profound impact on many lives.

Today, there are more than 40 Challenger education centers around the nation encouraging millions of children to reach for the stars.