Home » Blog » How to Proceed After a Bike Accident 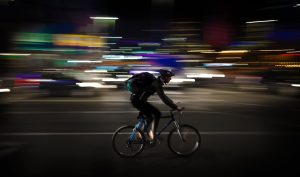 NEW YORK — Did you know that New York City is one of the most bike-friendly cities in the U.S.? Does that come as a shock to you? It is a surprising fact for many, including Queens bicycle accident lawyers, who talk with injured bikers every day.

New York City has built more than 54 miles of bike lanes each year since 2007, and while the number of cyclists has soared the number of cyclists killed or severely injured has dropped. According to this paper released by the National Association of City Transportation Officials in 2016,  more riders + better bike lanes = a formula for increased safety. While it may be true, cyclists can continue to sustain severe injuries on city streets.

It’s important to follow these steps after a suffering a bike accident in Queens to support a successful recovery.

Steps to Take After a Bicycle Crash in Queens

Move to a Safe Place.

If you are not severely injured, you should move out of the way of further danger quickly. If you are in pain and cannot move without worsening your injury, get someone’s attention so that she may call for an ambulance to take you to the nearest hospital.

You may not be immediately able to call the police, but our Queens bicycle accident lawyers suggest reporting the accident as soon as possible. It’s incredibly important to document the facts of the accident, including who was involved and how it occurred, to file a claim later. The police will help you make a complete accident report.

Your memory fades quickly, and it will quickly fade regarding the crash. Photographs help preserve evidence that can support your account of events and provide clues as to who was at fault. Take pictures of the accident scene, street signs, damage to any cars or other property, and injuries.

In a bustling place like Queens, it’s more likely than not that at least one person witnessed the accident. If you can’t gather witness information immediately, work with someone to help you. The information a witness can provide about the accident is crucial to support your case.

You need to take down the following information of anyone involved:

Lastly, you’ll want to call or email a bike accident lawyer in Queens who has handled cases similar to yours. If you were hurt due to another’s negligent behavior behind the wheel, you deserve justice. In accident cases, justice is typically served as compensation for a variety of hardships you must endure due to the accident.

The Queens bicycle accident lawyers with Cellino & Barnes have the experience and reputation you seek to help you solidify your personal injury claim. Our job is to gather all the facts of your case to show that you were hurt and are deserving of financial redress for your medical bills, lost wages, pain and suffering, and more. If you have suffered severe trauma, you are urged to discuss your accident with an attorney promptly. Contact us for a free consultation.