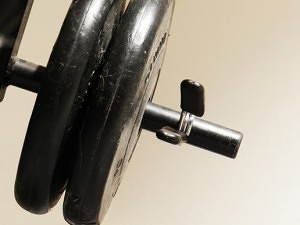 BUFFALO, N.Y. – If you’re a physically active person, keep it up because just two weeks of slacking could bring you down, a recent Danish study found. The information is important for those who have been sidelined with injuries. Even for those who haven’t been injured, inactivity was found to increase their risk of getting hurt.

The study found that young adults could lose about 30 percent of their muscle strength when taking a break from their work out routine. A vacation, illness or injury was found to take a toll on muscles equivalent to aging by ’40 or 50’ years.

Buffalo personal injury attorneys at Cellino and Barnes said therapy and rehabilitation exercises can be vital to anyone who has suffered an injury.

“If you’re an active person, an injury can change your life in Buffalo,” personal injury attorney Steve Barnes said. “Research has shown the importance of staying active throughout the recovery process and it can sometimes reduce the risk of future injury.”

Researchers point out that total muscle mass generally reduces with age but younger adults can have 2 pounds or more muscle mass than older adults. When workouts routines were halted for two weeks, researchers found younger, more active individuals lost up to 17 ounces of muscle.

Even without an injury present, a sudden change in fitness habits can put strain on the body and its muscles, exposing a person to more potential injuries.

“It’s so important to get the care and attention you need to fully recover after an accident,” Barnes said. “Many times this should include physical therapy and rehabilitation, which can be expensive, but a personal injury lawyer may be able to help a victim secure the funds to pay for the treatments.”

Researchers said it can take three times longer to regain muscle mass after its been lost.