Home » Blog » Inspections Are Down, Injuries Are Up on Construction Sites 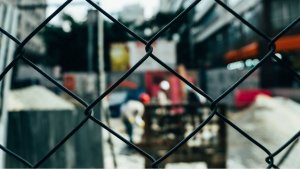 NEW YORK – The last few years have been busy for city construction workers. Timecards are being punched and paychecks are being cashed, but not everything is good on the work site.

Since the construction boom began, work-related deaths have spiked in New York City, from 17 deaths in 2011 to 25 job site fatalities in 2015. Across the state, construction injuries are up 40 percent, according to a new report from the New York Committee for Occupational Safety & Health that was released on Wednesday.

When you factor-in the number of injuries, construction accidents in New York State have skyrocketed from 128 in 2011 to over 400 in 2015.

At the same time, the number of safety inspections has been steadily falling.

Federal investigators with the Occupational Health and Safety Administration (OSHA) conducted nearly 3,000 inspections in 2011 – but that number has fallen to just over 1,900 in 2015, the report found.

That’s a drop of nearly 30 percent. According to researchers, the sudden lack of safety inspections is due to staff reductions; New York State simply has fewer inspectors.

In 20112, there were more than 80 inspectors checking work zones for safety hazards. Today, there are only about 66 active inspectors.

The Most Common Accidents are Preventable

Worker falls are the most common construction accident, accounting for nearly 60 percent of all construction-related injuries or deaths in New York. The safety report says that’s far above the national average of 36 percent.

The study combed over thousands of OSHA inspections and found that around 70 percent of the inspections resulted in safety violations and citations.

The data suggests that injuries most often occur on sites with poor oversight, and in work zones with few safety measures in place.

A Manhattan construction accident lawyer at Cellino & Barnes says almost every injury is preventable with the proper safety equipment and procedures, but these precautions are ignored too often, causing pain to workers and their families.

“Most of the construction accidents we see occur in non-union work zones in Manhattan,” construction accident lawyer Ross Cellino said. “We also see a lot of injuries happen under the supervision of the same contractors, which have often been subject to numerous safety violations.”

In fact, 93 percent of the contractors that OSHA has cited multiple times are non-union contractors.

The Need for Safety

Many construction companies and contractors have a superb record, and safety advocates say they’re doing something right: they’re often very cautious when it comes to safety policies and require workers to wear protective gear at all times.

However, not all sites abide by the same policies. Some construction companies lobbied against a package of 19 construction safety bills that were brought to City Council this week, despite overwhelming support from trade unions.

Safety advocates say the culture must change on many construction sites, and if it does, construction accidents could be a thing of the past.

If the Worst Occurs

Unfortunately, accidents are still occurring at high rates. If you or a loved one has been injured in a construction accident, there are people who can stand-up for your rights and fight the companies who may have been able to prevent an incident.

The Manhattan construction accident lawyers at Cellino & Barnes have been fighting for hard-working New Yorkers for over 50 years, and they have a track record of winning cases for their clients.

If you’ve been hurt, call a Manhattan construction accident attorney today for a free consultation.