Home » Blog » Judge: City Can Be Liable For Injuries on Some Streets 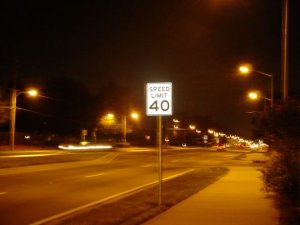 NEW YORK – You’ve probably seen it before: cars whizzing by, dangerously close to pedestrians, bicyclists and other motorists.

It’s a problem that plagues cities across America, and in New York, it’s a serious issue.

New York’s highest court, the Court of Appeals, recently ruled that the Big Apple and other towns and cities can be found liable for a person’s injuries if an accident occurred on a street with a history of reckless driving and traffic accidents.

The judgment was made in response to a 2004 accident on Gerritsen Avenue in Brooklyn, where a driver was determined to be traveling at over 50 miles per hour in a 30 mph zone. According to court documents, that driver struck a 12-year-old boy who was riding his bicycle.

At a trial, a jury found the city was, in part, responsible for the crash. The city appealed the ruling, which brought the case in front of the seven judges who determined the city does bear responsibility for certain accidents.

A Brooklyn car accident lawyer at Cellino & Barnes says poor road design can be a key piece of evidence that can help victims maximize their claim compensation.

“There are some streets that are like racetracks for some drivers and these areas are often studied by transportation officials in Brooklyn,” car accident lawyer Steve Barnes said. “Even though traffic studies recognize some streets as problematic areas, very little is done to change them and make them safer.”

Traffic-calming measures are being installed on many streets in America to reduce instances of speeding drivers, but not all roads have these measures implemented.

In the accident on Gerritsen Avenue, the Department of Transportation studied several intersections. According to court documents, the DOT told police that there was a “speeding problem” after each study, but there was little-to-no follow-up.

Potential traffic-calming measures like narrow lanes or raised sidewalks were not even considered, the justices noted:

“It was known among traffic engineers that straight, wide roads with little interference from pedestrians and other vehicles, such as Gerritsen Avenue, encourage speeding because drivers feel more comfortable on roadways with those characteristics. He testified that traffic calming measures deter speeding because they cause drivers to be more cautious, and that such measures are known to reduce the overall speed on roadways.”

The decision puts more pressure on transportation officials to construct safer infrastructure. Brooklyn car accident lawyers say the ruling could also spark more traffic studies around the city and across the state that can determine whether traffic-calming infrastructure should be implemented.

Following the Gerritsen Ave. crash, the DOT converted the high-speed avenue from four lanes to three lanes and installed a painted median in 2005. There were more plans to improve Gerritsen Avenue safety in 2009, but the plans were scrapped after public opposition.

Since 2007, four people have been killed in car crashes on Gerritsen and many more have been injured.

If you or a loved one has been injured, and you suspect poor street design may have played a role, contact the Brooklyn car accident attorneys at Cellino & Barnes today for a free consultation.