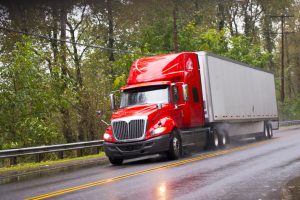 OXFORD, N.Y. – A Chenango County woman was killed in a three-vehicle pile-up on Route 12 in the Town of Oxford Wednesday morning.

Kathryn Frear, of Greene, NY, was killed in the Chenango County accident. Sheriff’s deputies said Kathryn Frear was driving a passenger car when it was sandwiched between two trucks.

What Happened in Oxford Pile-Up

Deputies said at that point, a box truck operated by a driver from Buffalo failed to stop behind Kathryn Frear’s car, smashing into the rear of her car, forcing it to crash into the back of the tractor trailer.

Both truck drivers were able to get out of their vehicles, and first responders said the box truck driver was treated for minor injuries. Sadly, Kathryn Frear didn’t survive the collision.

Critical Steps To Take After A Truck Accident

Negligent truck drivers must be held responsible for the accidents they’ve caused. Whether another driver was struck by a tractor-trailer or a smaller vehicle, the result is often devastating for families. Truck accident attorneys in New York State say families impacted by a tragic truck crash have the right to file a claim, which can help provide closure and compensation for any losses sustained in the crash.

In addition to a comprehensive and independent investigation, the compensation received from a settlement can help cover many costs, including:

When large trucks are involved in an accident, injuries can often be more severe or even deadly. An experienced truck accident lawyer in NY can fully investigate the circumstances in the crash and gather evidence that can help prove your family’s case.  Some common but critical pieces of evidence can include:

If your family has suffered a loss due to another driver’s negligent actions, you’ll want to find the best truck accident lawyer in NY as soon as possible. There are several deadlines that must be met which allow your family to recover the best result possible.

One of your options is to contact Cellino & Barnes. The New York law firm will put their best truck accident attorney on your case and gather every piece of evidence that can help you maximize your recovery. Contact their truck accident lawyers in New York online or give them a call 24/7 for a FREE consultation.