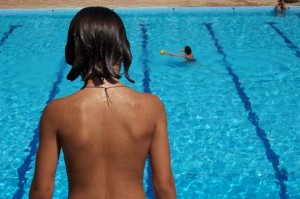 GARDEN CITY, N.Y. – Summer is most often associated with sunshine, outdoor activities and all-around fun. But it as soon as the days get longer, trips to the E.R. tend to spike. Doctors say the combination of warmer weather, time off from school and outdoor activities increases the risk of injuries.

A Long Island personal injury lawyer at Cellino & Barnes says there are three injuries in particular that tend to increase among children over the summer months.

“Most parents will agree that getting the kids outside and active is a great for their health and social life on Long Island,” personal injury lawyer Ross Cellino said. “But an important ingredient that is often overlooked is supervision and children need to have the proper adult supervision when they’re playing outside.”

According to a Cellino & Barnes analysis of recent emergency room data, the three most common summer injuries are:

Every year, more than a half-million bicyclists are injured. Most of those injuries affected children. According to the CDC, an estimated 26,000 kids suffer traumatic brain injuries as the result of a bicycle accident. The data suggests many of those injuries can be prevented by properly fitting a child with a helmet.

Other bike injuries could include broken bones, muscular damage and lacerations that require stitches.

Some bike accidents could be caused by cars or defective parts on the bicycle itself. If you suspect your child is the victim of either of these, Cellino & Barnes suggests contacting a Long Island personal injury attorney immediately as your family may be able to recover medical costs and more.

Kids love exploring. Sometimes it’s a tree, sometimes it’s a jungle gym, sometimes it’s somewhere you would never expect. The point is, children are susceptible to falls almost everywhere. The end result can include head injuries, sprains or broken bones. Falls from extreme heights could be deadly.

They are currently the #1 reason for hospitalization in America today and the CDC estimates that 200,000 children are treated for playground falls alone each year.

In many cases, these falls could be caused by poor maintenance, faulty equipment or the lack of supervision.

If your child has been injured by a fall, Cellino & Barnes urges parents to contact a Long Island personal injury lawyer. In many cases, families have obtained significant settlements and verdicts after a slip or fall injury.

Drowning is every parent’s worst fear when their child is near water. It is the chief cause of death among children between the ages of 1 and 3 and it’s the second-leading cause of death among kids under 15 years of age. The worst part is, nine out of ten drownings occur with parents in the pool area.

Safety advocates say most drownings occur without a splash. In many cases, the child hits his or her head and sink to the bottom of the pool. Irreversible brain damage can occur after just three minutes under water.

Long Island personal injury lawyers say these incidents are completely preventable and many private and public pool owners can be held liable for injuries in a pool area. Lifeguards, flotation device manufacturers, and cities or towns that fail to warn parents about unsafe conditions could be found negligent.

Attorneys say the best way to prevent this nightmare is to always stay close to a child when they are in the water.