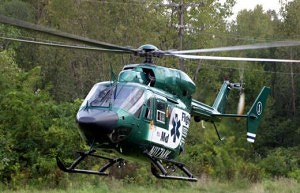 NEW YORK – If you’re ever injured in an accident – or if someone else is injured, Queens personal injury attorneys at Cellino & Barnes say the first call you make shouldn’t be to an attorney at all. Lawyers say calling 911 should be the first phone call anyone makes after accidents involving injuries.

“When it comes to traumatic injuries, getting medical help within the first hour is crucial for any accident victim in Queens,” personal injury attorney Steve Barnes said. “Whether you’re hurt on the job or in a car crash, dial 911 immediately.”

A recent study by the United States Army Institute of Surgical Research analyzed data for thousands of injuries that happened on the battlefield in Afghanistan. They found that getting immediate medical assistance reduced fatality rates by up to 7 percent.

The study looked at what’s dubbed “the golden hour.” In 2009, Secretary of Defense Robert Gates issued a mandate forcing military personnel to get wounded soldiers to a treatment facility within 60 minutes.

After analyzing more than 21,000 battlefield injuries, Army researchers found fatality rates dropped from 13.7 percent to 7.6 percent after the mandate was in place.

Researchers say “the golden hour” is one of the most important directives to increase survival rates.

In World War II for example, soldiers were given a 50/50 chance of survival. After the 2009 mandate, wounded warriors in Afghanistan had a 98 percent chance of surviving.

“When those injured in car accidents or slip and falls get treated within the hour, it gives them better chances of avoiding serious complications or death,” Barnes said.

“Injuries can be costly and it’s our job to get you the best results you can get,” Barnes said.