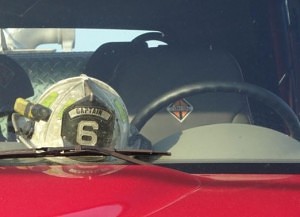 NEW YORK – As proud New Yorkers, we have the utmost respect and admiration for the brave men and women who put their lives on the line to protect us from fire. A firefighter’s expertise is battling flames but many firefighters who have died while on duty were killed by a much larger problem: traffic.

According to the National Fire Protection Association, about 20 percent of the near 850 firefighter fatalities over the last 10 years happened in traffic accidents while firefighters were responding or returning from calls.

Manhattan car accident attorneys at Cellino & Barnes say traffic accidents can affect anyone – even those we consider ‘heroes.’

“A car accident will happen roughly once every 20 minutes in Manhattan,” car accident attorney Steve Barnes said. “It’s important for every driver to pay attention and move out of the way when you see flashing lights and hear the sirens of an emergency responder.”

Emergency vehicles could be even more vulnerable to crashes because they’re allowed to bypass traffic lights and other rules of the road. In one case, 12 were injured including two children and a grandmother when an ambulance collided with a responding fire truck in August.

Luckily, none of the injuries were life-threatening.

“Fire trucks can weigh up to 40,000 pounds and like tractor-trailers, the weight can make them very dangerous,” Barnes said. “Not only can other drivers get seriously injured but the responding firefighters are at a higher risk of injury too – even before they arrive on the scene of a fire.”

Although intersection collisions are some of the most common crashes, firefighters and EMTs have been seriously injured or killed when their trucks swerve off the road to avoid hitting other cars or pedestrians.

Firetrucks, loaded with hundreds of gallons of water, can become top-heavy and they have a higher risk of tipping over.

“Whenever a vehicle flips or tips over, there’s the possibility that someone can get thrown from the vehicle,” Barnes said.

Although safety belts are more common in fire trucks than they were in years past, some fire departments are facing severe budget shortfalls and operate older vehicles that lack these safety features.

Even when vehicles are equipped with side airbags, high-tech software and seat belts, one study found that injury and fatality rates were “essentially unchanged” over the last 10 years.

To keep our first responders safe, Manhattan car accident lawyers are urging New Yorkers to follow the rules of the road, reduce their speeds and listen for the sirens before it’s too late.