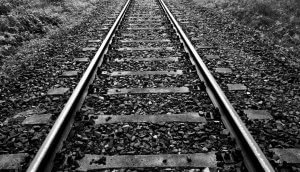 WASHINGTON – A passenger train carrying several GOP lawmakers hit a truck in the hills of Virginia. The White House said in a statement that one person was killed and another seriously injured. Officials said more passengers suffered minor injuries.

“There are no serious injuries among members of Congress or their staff,” the White House statement reported. “Senior Administration officials are in regular contact with Amtrak and state and local authorities. Our thoughts and prayers are with everyone that has been affected by this incident.”

Many Republican members of Congress were on the train, heading to a yearly retreat at the Greenbrier, in White Sulphur Springs, West Virginia. Some of the lawmakers on board are doctors who assisted the injured, including Reps. Larry Bucshon of Indiana, Roger Marshall of Kansas and Brad Wenstrup of Ohio, all of whom also have medical degrees.

My wife Kathryn and I were traveling to the annual House Republican retreat when our train collided with a truck, we are ok. We went to the scene and did what we could to help the injured. Our thoughts and prayers are with the victims of this tragic accident and their families.

A New York train accident lawyer says passengers often suffer severe injuries in similar train crashes, and insurance alone may not provide enough compensation to give them the best medical treatment possible. In at least one case, nothing will ever replace the family member who was killed in the Crozet, Virginia train accident; but family members can file a wrongful death claim that can not only provide them with compensation — it can also force train companies to make vital changes that would prevent future accidents from happening.

Those injured in the crash, even those who suffered ‘minor’ injuries, may be entitled to significant compensation if they file a personal injury train accident claim. A New York train accident lawyer can help victims around the nation file these claims and make sure victims and their families receive the best results possible. This compensation can include reimbursements for:

A New York train accident lawyer also said it’s important for crash victims to make sure their legal team is exploring all possibilities. Train accident victims often face an outdated monetary ‘cap,’ restricting the amount of compensation they can receive after a train crash. However, an experienced train accident attorney can fully investigate the crash, and hold others accountable for their negligent actions. This legal investigation can look at several factors, including:

In many train accident cases, other vehicles can be involved. This was the case in the Crozet, Virginia train accident, in which a garbage truck was crossing the tracks at the time of the crash. A New York train accident attorney says this part of the investigation should not be neglected, and an experienced lawyer will look at the following pieces of evidence:

The answers to these questions can be vital for train accident victims and the families seeking compensation after a devastating crash. According to Amtrak, two crew members and three passengers were taken to area hospitals to receive treatments following the Crozet, Virginia train accident. Some of these victims may never make a full recovery – physically or mentally – which is why it’s important for all train accident victims to receive fair and just compensation after any crash that could have been prevented.