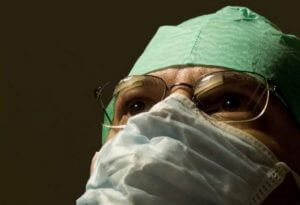 NEW YORK – There has always been risks associated with going under the knife. There are more than 75 organs in the human body and even the slightest change can cause a vital system to malfunction or it can cause severe pain.

Doctors often can’t predict how a patient’s body will react following surgeries. The body’s natural inflammatory response can be intensified and sometimes lead to complications. Other times, critical errors in the operating rooms can cause life-threatening reactions in patients.

Some of the effects of a botched surgery – the pain, the discomfort – may never go away.

A Manhattan medical malpractice lawyer at Cellino & Barnes says the problem is more prevalent than ever and many medical centers are doing little to address it.

“Medical malpractice is now the third-leading cause of death in Manhattan,” medical malpractice lawyer Ross Cellino said. “Only heart disease and cancer take more lives each year and some health care professionals continue to sweep this problem under the rug.”

Every year, between 200,000 and 400,000 patients suffer some type of preventable harm that leads to death. It is estimated that millions more suffer life-changing but preventable injuries while visiting the doctor or the surgeon.

According to the journal of Experimental Gerontology, 40-percent of patients suffer depression following an operation. Poorly performed surgeries have also been linked to other psychological, cognitive and overall health complications.

“Surgeons typically discuss these complications with their patients before the operation but the patient rarely hears that there’s been a mistake until it’s too late,” Cellino said.

In the case of a Colorado girl, doctors didn’t know that she acquired an infection because it was masked for hours by drugs.

A Dallas man complaining of back pain was given painkillers for six months following a surgery. The painkillers weren’t helping and doctors discovered bone fragments were left of the nerves. The surgeon who administered the operation was later found to be using drugs and drinking on the job. Making matters worse, the hospital suspected it but administrators did little to address the problem because they had invested more than a half-million dollars into bringing him to their medical center.

“These medical mishaps can cause slow and painful recovery times,” Cellino said. “The bottom line is, they shouldn’t be happening in the first place but the sooner a patient can recognize medical malpractice, the sooner they can receive a full and complete recovery.”

If you or your loved one suspect medical malpractice could be behind a painful recovery, contact the attorneys at Cellino & Barnes today for a free consultation.