Home » Blog » Life Expectancy Lower in the U.S. Due to Accidents 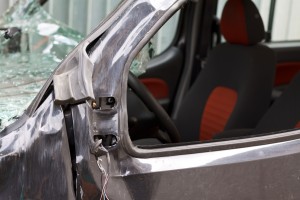 NEW YORK – You have a lower life expectancy than many other people around the world. Despite living in a highly-developed and wealthy nation, researchers say Americans are at risk of living out shortened lives.

According to the new research, the United States lags behind many other nations when it comes to life expectancy and accidents could be to blame. Researchers at the National Center for Health Statistics discovered that the gap between the U.S. and other nations is mainly due to accidents that take a young person’s life. These accidents cause decades of potential life to be lost.

The researchers pinned the top three causes of early death to traffic collisions, gun violence and drug poisonings. A Queens car accident lawyer at Cellino & Barnes says many of these incidents can be prevented.

“Over the past few decades, the country has been able to slash the number of deadly car accidents but there are still too many of them and unfortunately, we see them happen every day in Queens,” car accident attorney Steve Barnes said. “Currently, distractions and speed are two of the biggest factors that lead to car crashes and simply paying attention and reducing speeds could prevent thousands of collisions.”

The National Center for Health Statistics determined that other nations like Austria, Germany, Italy, Japan, Spain, and the United Kingdom lived longer than Americans by an average of 2 years.

American women live to an average age of 81.2 years. Women in other nations can be over 83 years-old, on average.

Overall, deadly injuries occurred more often in the U.S. than in every other comparable nation. Car accidents were found to be responsible for nearly half of that life expectancy gap.

Queens car accident attorneys urge drivers to be attentive and courteous on the roadways but some drivers could ignore this warning. If you’ve been injured by a negligent driver, contact Cellino & Barnes now for a free case evaluation.