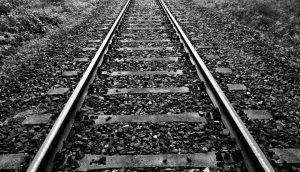 NEW YORK — Workers with the Long Island Rail Road have finished track repairs near Jamaica Station after a train went off the tracks on Friday. A LIRR spokesperson said the repairs were completed over the weekend, but the derailment investigation is still ongoing.

The accident happened just east of Jamaica, New York on Friday night. According to officials, a pair of cars fell off the tracks while the train was going about 13-miles-per-hour. At the time of the accident, there were around 400 passengers on board.

This derailment is LIRR’s 12th accident this year, according to the Federal Railroad Administration. The records indicate the commuter rail system has experienced a total of five derailments in 2019.

What Passengers Should Do After A Derailment

Even low-speed derailments, such as the one that happened outside Jamaica Station this past weekend, can cause passengers and crew to suffer serious injuries. In many cases, it can take days for passengers to realize they even suffered an injury as it can take 48 hours or more for pain and other symptoms to manifest.

Train accident attorneys in New York say collisions and sudden jolts often cause injuries to the head, neck, and spine. All of which can be costly to treat.

According to a New York train accident lawyer, a variety of factors can cause a train to derail, and every possible piece of evidence should be examined to help injured passengers recover compensation after an accident. Pieces of evidence that should be considered include:

If you or a loved one was recently involved in a train derailment or other train accident, an experienced train accident lawyer in New York can help you go over your legal options and make sure you’re fairly compensated for any injuries sustained as a result of the accident.

If you choose to contact Cellino & Barnes, we’ll put our best train derailment lawyers in NY on your case so you can be confident you’ll recover the maximum compensation you’re owed.