Home » Blog » Look Before You Back-Up 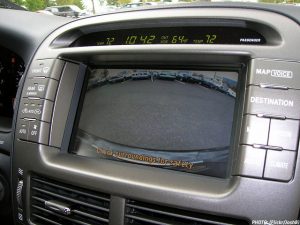 BUFFALO, N.Y. – Many drivers are forced to do it every day: back-up. It’s a routine technique that many don’t put much thought into but that’s part of what makes it so dangerous.

According to kidsandcars.org, more than seven children are struck by vehicles in reverse every day. A Buffalo car accident lawyer at Cellino & Barnes says most of these incidents involve a relative or parent behind the wheel.

“These incidents are very common during the summer months because children are outside and mom or dad still have to go to work in Buffalo,” car accident lawyer Steve Barnes said. “Children are small and often hard to see so when a parent is backing out of the driveway, they may not see their child behind the car.”

More than 60 percent of these accidents involve bigger vehicles like trucks, SUVs or vans. One of these incidents occurred in Buffalo Thursday night when an SUV struck and killed Rian Davis, a 20-month-old toddler near the Erie County Medical Center.

Statistics show this was a typical back-up accident; most victims are just one year old. Buffalo car accident lawyers say most of these accidents, however, can be prevented.

“Before backing-up, drivers should take a quick walk around their vehicle to make sure the path is clear and it’s safe to put the car in reverse,” Barnes said. “There’s a large blind zone behind every vehicle but if a driver uses caution, they can minimize their risk of an accident.”

Different than ‘blind spots,’ blind zones can be up to 30 feet long and another 8 feet wide. Car accident attorneys say toddlers and toys can easily be lost in such a large space that a driver cannot see – but there could be promising changes on the way.

The National Highway Traffic Safety Administration will require nearly every new vehicle to be equipped with rear-view cameras by 2018. Senator Chuck Schumer (D-NY) helped call for this implementation in an effort to prevent hundreds of deaths every year.

If you or a loved one has been injured or killed by a car in reverse, you may be entitled to significant compensation. Highly rated by on Google, Cellino & Barnes has helped families in Western New York obtain the best results possible. Contact an attorney today for a free case evaluation.