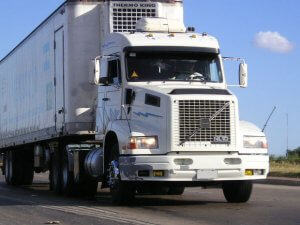 NEW YORK – A Brooklyn man was struck and dragged under the wheels of a tractor-trailer Thursday morning, authorities said as they investigate another deadly accident in Williamsburg.

Police, witnesses and the victim’s family told DNAinfo Moshe Yide Weiner, 21, was walking on Kent Avenue near South 10th Street when he was hit by a truck on Kent Avenue at around 11:10 a.m.

Nearby construction workers witnessed the accident and some claimed they recognized Moshe Yide Weiner, saying he frequently made deliveries to the construction site.

An ambulance rushed the man to nearby Beth Israel Hospital but police said Moshe Yide Weiner later died from his injuries.

A Brooklyn truck accident lawyer says drivers of tractor-trailers must constantly be alert when driving in New York City but there are many more factors that should be analyzed when a person is struck by a large vehicle – including possible problems with the roadway itself.

Each year, thousands of New Yorkers are injured or killed in truck crashes that are traced back to driver error. An extensive legal investigation can analyze a trucker’s driving record and the number of hours the he has spent working; both outside the truck and while behind the wheel.

Although driving records can be important in any investigation, an experienced attorney can find other pieces of evidence that could help a victim’s family maximize their compensation when filing a claim. A thorough legal investigation will look at other factors, including:

This year has been a dangerous year for pedestrians in all of New York’s boroughs. Dozens of other people have been struck by tractor-trailers on Brooklyn streets this year and many victims have been killed – or they’ve suffered life-altering injuries as a result. In many cases, victims and their families can receive compensation for their injury or loss. This compensation can help cover the following costs:

A successful claim can also spark meaningful changes in our community that could improve the safety for others in Brooklyn so accidents like the one on Kent Avenue that killed Moshe Yide Weiner can be avoided in the future.

If you or a loved one have been hurt in an accident, contact one of our Brooklyn personal injury lawyers for a free consultation at (800) 888-8888.