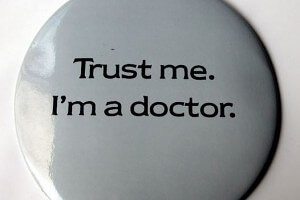 ROCHESTER, N.Y. – Researchers poured over hundreds of closed medical claims over the span of six years and found the majority of lawsuits stem from diagnostic-related issues. According to the study, 57 percent of claims accused doctors of delivering a delayed diagnosis, a wrong diagnosis, or failing to diagnose a patient with a health issue.

“There’s an increasing strain on emergency rooms nationwide,” said Brian Goldstein, a Rochester medical malpractice attorney at Cellino & Barnes. “It’s not rare for emergency departments to be staffed with non-emergency medicine physicians and that can often lead to more mistakes.”

The study, conducted by The Doctors Company, analyzed 332 legal claims and found “underlying vulnerabilities” that contributed to patient injuries.

At the top of the list, 52 percent of the cases analyzed had patient assessment issues. These problems included a failure to address abnormalities and in many cases, a patient was discharged too quickly.

Other studies, like the one mentioned here, found similar assessment issues were often linked to a lack of safe practice standards and protocols at some hospitals. However, emergency rooms with quality initiatives geared toward patient safety were much less likely to be accused of medical malpractice.

“Unfortunately, we routinely see malpractice cases stemming from poor emergency room management,” Goldstein said. “Hospitals with low scores tend to have more problems while hospitals with high scores have set guidelines that focus, to a greater extent, on patient safety rather than the hospital’s financial bottom line.”

The 2015 research conducted by The Doctors Company also indicated that in at least 21 percent of patient injuries, it was not necessarily the doctor’s fault. The study found patients would sometimes skip follow-up appointments and use the medication in ways it wasn’t prescribed.

“Today’s health system can be tricky,” Goldstein said. “Often, patients in an emergency situation have no choice but to trust the emergency room physician but the reality is that mistakes are happening every day.”

In 2012, researchers found that missed, delayed or incorrect diagnoses affected 10 to 20 percent of all cases. The 2015 closed claims study may suggest the numbers could be higher.

The Doctors Company research aims to reduce the number of diagnostic errors in emergency rooms.