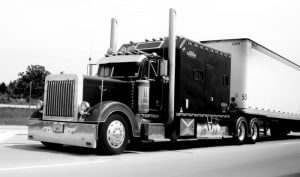 NEW YORK – Some U.S. Senators have slipped new language into a transportation spending bill that could allow truck drivers to work longer weeks. The Senate Appropriations Committee released the updated text of the Transportation, Housing and Urban Development (THUD) spending bill that passed with a 30-0 vote on Thursday.

The bill fixes a drafting error made in last year’s spending bill but it could also allow truck drivers to spend up to 73 hours behind the wheel each week.

A Brooklyn truck accident attorney at Cellino & Barnes says many truck drivers are already battling fatigue and upping the limits could put lives at risk.

“Truck driver fatigue is one of the leading causes of big rig crashes in Brooklyn,” truck accident lawyer Steve Barnes said. “Trucks are very dangerous vehicles and they must have an alert driver behind the wheel.”

Currently, truckers are restricted to 70 hours of drive-time each week. If the bill passes as it is drafted, truckers would be allowed on the roads for an additional 156 hours every year. In a –press release, the Advocates for Highway and Auto Safety (AHAS) blasted the bill’s passage through the senate committee.

“Before today is over, 11 people will die in large truck crashes and 275 more will be injured,” AHAS Vice President of Governmental Affairs, Cathy Chase said. “[Thursday’s] ‘markup’ of the THUD bill lacked any actual ‘marking up’ of the bill, any discussion of the anti-safety provision in the bill, and any debate on how the bill will impact the American public.”

The Bureau of Labor Statistics and Forbes both consider truck driving one of the 10 most dangerous jobs in America today.

Brooklyn truck accident lawyers say truck drivers already have some of the most relaxed laws regarding fatigue in the transportation business.

“Airplane pilots are limited to about nine hours of fly-time in a single stretch and they must have at least 30 consecutive hours off each week,” Barnes said. “Truckers can currently work up to 11-hours per day and many of them drive seven days per week.”

Chase and other highway safety advocates believe the trucking industry lobbied for the new provision despite several high-profile truck crashes in the last 12 months.

“This closed door backroom politicking is a prime example of why the American public distrusts the process,” Chase said. “Unfortunately, the change made to the HOS Rule does nothing to address the serious problem of cumulative fatigue.”

Chase, frustrated with the rewritten bill, is now urging Congress to add language to the bill that would make sure truck drivers get more rest time and reduce fatigue.