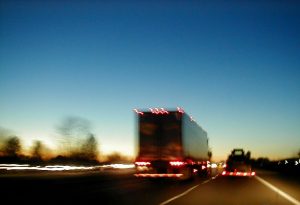 CLIFTON, N.J. – A tractor-trailer driver won’t face any charges after a serious crash sent three people to New Jersey hospitals, officials said. According to authorities in Clifton, William Libby, 46, of Pennsylvania, Irving Vasquez Velez, 32, of Paterson, and Fabian Macedonio, 36, of Clifton were all injured in the crash.

Police said the truck driver lost control of his tractor-trailer after a swerving car cut him off, forcing the truck to cross a concrete barrier into oncoming traffic. Irving Vasquez Velez and Fabian Macedonio were both heading westbound when the truck crossed the barrier into their lanes. Clifton firefighters said Irving Vasquez Velez was trapped in his car after the crash, forcing firefighters to cut the vehicle open to free him.

Police said the accident shut down all three lanes of the highway between Main Avenue and Route 21 in Passaic County.

Several other drivers stopped and jumped into action to help Irving Vasquez Velez, Fabian Macedonio and William Libby after the crash, according to NorthJersey.com. Witnesses told reporters they carried one of the drivers away from the wreckage while they waited for help to arrive.

Over the last few years, serious truck crashes like this have spiked according to the Insurance Institute for Highway Safety. Last year alone, there were nearly 3,000 deadly truck crashes on US roadways, and thousands of others that resulted in serious injuries.

According to New Jersey truck accident lawyers, many truck crashes can be blamed on the inattentiveness of other drivers. However, a complete investigation can help victims of truck accidents get compensation for their injuries.

An experienced New Jersey truck accident attorney will look at many potential factors, including:

In most situations, truck accident victims and their families will need to file personal injury claims to get fair compensation for their injuries. A settlement or court verdict may determine that victims be compensated for their injuries and distress, including:

Oftentimes, a successful truck accident claim will also help create changes in our communities that aim to improve roadway and traffic safety for those who share the road in Clifton, Passaic County, New Jersey, and on highways across the country.

If you or a family member has been injured in any type of truck accident, you may want to contact an experienced New Jersey truck accident lawyer to help you get the best result possible.

If you decide to contact Cellino & Barnes, we’ll put our best New Jersey truck accident lawyers on your case. For a free consultation, call us at (800) 888-8888.