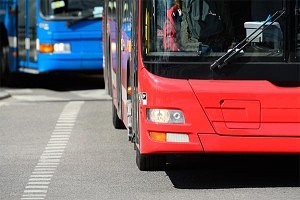 NEW YORK – More than 30 people were injured in a New York Bus Accident that forced authorities to shut down the Linocln Tunnel on Friday.

According to FDNY, the accident happened during the morning commute in the center tube of the tunnel. Two New Jersey Transit buses collided, injuring dozens of passengers.

At least seven people were rushed to area hospitals with serious, but non-life threatening injuries. Police shut down the inbound lanes of the tunnel to allow first responders to gain access to the accident scene. Investigators were also set to review surveillance video, according to NBC New York News.

According to a New York bus accident lawyer, an extensive legal investigation should be conducted help these victims gain closure, and find out exactly what happened to cause their bus to crash into another vehicle.

Some of these may have played a role in Friday’s Lincoln Tunnel bus accident, and it will

be important for investigators to look at all possible causes, as that evidence could help victims get significant compensation for their injuries.

Typically, a personal injury settlement or verdict will help New York bus accident victims get compensated for any costs associated with the crash. Some of these costs could include:

A says successful personal injury claims can also cause policy makers and public officials to make meaningful changes to improve bus safety, which can eventually help prevent similar accidents in the future.