Home » Blog » No Symptoms? A Concussion Can Still Impair Your Driving 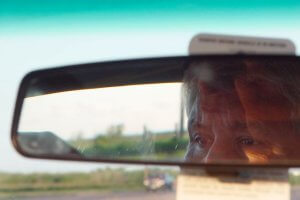 NEW YORK – Roughly 4-million Americans suffer a concussion every year – and that’s just from sports. Millions more suffer concussions in car and work-related accidents, and doctors are just beginning to find out how devastating a brain injury can be.

A new study by University of Georgia researchers has found that the effects of a concussion can continue to impact a person’s driving ability, even when symptoms disappear. Researchers discovered that participants who recently suffered a concussion were likely to drive erratically at times, and in some cases their reactions mirrored those of a driver who may be under the influence of alcohol.

It’s the first study of its kind to take a deeper look into how a concussion can impact a person’s driving skills. Most concussion research has been focused on how the injury impacts athletes, and study authors noted that the issue of driving after a concussion has rarely been discussed.

The findings are concerning for safety advocates because it could put more lives at risk. A New York car accident lawyer at Cellino & Barnes said concussions are very common injuries, and most of the injuries don’t occur in sports.

“More than half of all concussions are caused by falls or traffic collisions, so there could be hundreds of drivers on the road right now who have recently suffered a traumatic brain injury in  New York,” car accident attorney Steve Barnes said. “What’s more concerning is that many of these drivers may not even know they’re impaired by their injury.”

The research was conducted using virtual cars which simulated real-life driving situations. The drivers, all of whom had not reported symptoms of a concussion for at least 48 hours, consistently had less vehicle control, according to the report.

In many cases drivers were swerving, or they showed a delay in their reaction time. Researchers believe the data implies that driving should at least be restricted until concussion symptoms clear, or perhaps even longer.

Researchers said the next step is to determine exactly when driving abilities start to improve. They hope their information can help health officials set guidelines that could determine when driving should be restricted.

Until then, there could be thousands of dangerous drivers on the road who are unknowingly impaired. If you’ve been injured by a negligent driver, a New York car accident lawyer at Cellino & Barnes can investigate your case and help determine whether another driver was fit to be behind the wheel.

Concussions and other injuries should be taken seriously, and the New Yokr car accident attorneys at Cellino & Barnes have the resources to get the best doctors on your side. For a free consultation, call our New York car accident lawyers today.