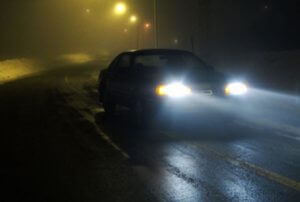 Overnight, clocks will turn back an hour. It’s the only day in the year in which 1 a.m. happens twice. Few people will likely wake up at exactly 2:00 a.m. to turn the clocks back but almost everyone will feel the effects of it.

You might get an extra hour of sleep but the small time change can affect the way your body operates, new research has found. Much of the concern surrounds the start of Daylight Savings Time, which happens in March, but a Buffalo car accident lawyer at Cellino & Barnes says there’s evidence to suggest that ‘falling back’ an hour also has negative consequences.

“Every fall, we see a slight spike in the number of crashes in Buffalo,” car accident lawyer Steve Barnes said. “These crashes usually occur at night – when drivers are used to having more daylight while on the roads.”

A telematics-based car insurer, Insure the Box, found that car crashes in November actually spike 30 percent between 5pm and 8pm when compared to the same times in October. Overall, researchers said drivers face a 10 percent increase in risk following the fall clock change.

This is some of the first data released on accidents associated with the end of Daylight Savings Time. After analyzing 3 years of crash statistics, researchers concluded that “there is no doubt” accidents happen as a direct result of the clocks going back an hour.

Buffalo car accident lawyers at Cellino & Barnes say drivers should be aware of their fatigue and road conditions following the time change.

“You may get an extra hour of sleep but research has found that your body can take days to adjust,” Barnes said. “Some people aren’t used to driving in dark conditions and although the clock only says it’s 8pm, your body might react differently because it’s on a different schedule.”

Researchers found the darker roadways play a major factor in the increased number of car accidents. Statistics have shown that nearly half of all car crashes occur at night time, despite drastically-reduced volumes in traffic.

Falling back an hour poses a particular danger: more traffic in darker hours.

“The evening rush hour can still have the same number of vehicles on the highways; the biggest difference is the amount of daylight,” Barnes said.

As proud supporters of the Western New York community, Cellino & Barnes urges all drivers to follow these tips to reduce your risk on the roads after the clocks turn back on Nov. 6th: