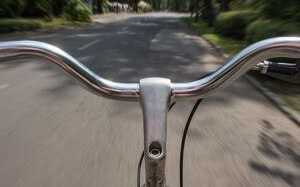 NEW YORK – The number of bicycle summons handed out by police has spiked drastically in just one year. According to the Brooklyn Paper, officers in the 78th Precinct wrote 151 tickets to cyclists for cell phone use in 2014.

Alongside the city’s Vision Zero campaign, police have been extremely active when it comes to issuing traffic citations for cell phone use, texting while driving and distracted driving. The Gothamist reports NYPD Legal Affairs believes state traffic laws applying to motor vehicles also technically apply to the operation of bicycles, however some bicyclists are attempting to fight their citations.

“Motorists will most often bear responsibility if there’s an accident on the streets of New York,” bike accident attorney Steve Barnes said. “However, a jury may determine a distracted bicyclist bears some responsibility for a crash and that could decrease the amount of damages a defendant receives if they are injured as a result of an accident.”

Police are not just cracking down on distracted cyclists but also those who blatantly ignore traffic laws. According to DNAinfo, bicycle summons have gone up 600 percent this month; targeting cyclists who run red lights and stop signs.

“Bicyclists are subject to some of the same traffic laws motor vehicle operators are subjected to,” Barnes said. “Many of the serious bicycle accidents that happen are due, in part, by bicyclists ignoring these rules of the road.”

In many areas, including New York City (see § 19-176 – Bicycles operation on sidewalks prohibited), riding a bicycle on a sidewalk is considered illegal but it is rarely enforced.

New York bike accident attorneys say bicyclists should consider the recent uptick in citations as a reminder that it is best practice to follow the same rules of the road as drivers do. In many cases, cyclists are required to follow these laws, which were created to make streets safer.