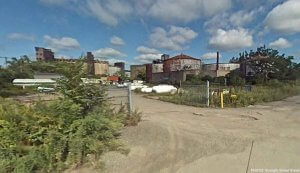 BUFFALO, N.Y. – Police are investigating the death of a worker in South Buffalo’s Old First Ward. Officials told Channel 4 News the worker was identified as Jeffrey Langenfeld, 27, of Tonawanda.

In any crane accident, an immediate legal investigation can help families identify what happened and why. According to OSHA, most crane accidents can be prevented by adequately training workers to operate machinery safely and by setting strict safety protocols.

In many cases, families have relied on a Buffalo construction accident lawyer to help get compensation for medical costs, lost wages, pain and suffering, and more.

An experienced attorney can also help families get the best result possible from a claim by carefully examining all aspects of the accident including the weather conditions, wind conditions, possible mechanical malfunctions, the operator’s track record, and the maintenance record of the machinery.

The most common victims in crane accidents also tend to be bystanders – or workers who are struck by objects that fall from the crane, or struck by the crane itself.

The federal Occupational Safety and Health Administration (OSHA) also responded to 220 Katherine Street, which is the location of the Buffalo Industrial Diving Co., also known as BIDCO, which conducts underwater salvage operations and other underwater services.