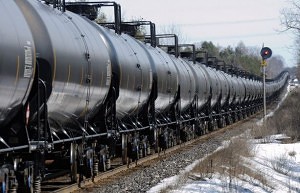 ST. PAUL, Minn. – Following another global oil disaster, public safety workers are questioning if they are prepared to handle an accident.

In a new report, Minnesota public safety workers told the state they are not fully trained and some did not know what kinds of equipment they need to use to contain an oil fire.

Local governments generally do not have the equipment or personnel to respond to a significant oil transportation incident, such as a large spill or fire,” the report concluded. “None of the responders rated their area’s preparedness as excellent.”

Across the nation, states and municipalities are facing the same the question: are they prepared for an oil disaster?

The northwestern state saw a spike in crude oil shipments by rail and lawmakers requested more information on safety standards and procedures.

A draft of the study released last month recommended more training for first responders, more railroad inspectors and a series of financial inspections that would make sure those who transport oil can pay for cleanup.

Minnesota Public Safety officials state in their report that they will improve the state’s preparedness. They plan to increase basic oil safety training, and plan large-scale drills with hands-on practices in case such a train accident happens.