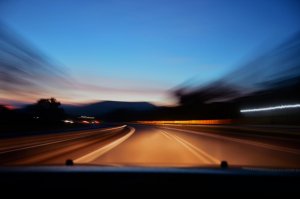 GARDEN CITY, N.Y. – Since 1927, the Southern State Parkway has been a fixture in Long Island. For the most part, it’s also remained unchanged, and according to several legislators and safety officials, that’s a big problem.

According to a 2016 study conducted by the New York State Department of Transportation, more than 10,000 traffic collisions happened on the Southern State Parkway over the past five years. These crashes included more than 3,000 that resulted in serious injuries and nearly three dozen fatal accidents.

A Long Island car accident lawyer at Cellino & Barnes says many of those crashes can be attributed to outdated road design and crumbling infrastructure. In some cases, even the signs can be outdated.

“The Southern State Parkways is one of the most dangerous roadways on Long Island,” car accident attorney Steve Barnes said. “It has short entrance ramps, and the aging design of the road doesn’t always give drivers the time and distance they need to safely merge into traffic, which could be going 55 miles-per-hour, or faster.”

The roadway is notoriously dangerous. In fact, it has the attention of several lawmakers who recently introduced bills in both the New York State Assembly and the New York State Senate. If passed, the bills would establish a study to evaluate the configuration of the Southern State Parkway, including its entrance ramps, exit ramps, signage, and whether other safety measures are needed.

The act would also help traffic safety officials obtain federal funds that could pave the way for safety improvements.

“New York State can sometimes be held partially responsible for an accident that occurs on a problematic roadway,” Barnes said. “In many cases, the Department of Transportation has known about technical flaws that present safety hazards for drivers, but it often takes a devastating accident to get these issues ironed out.”

Unfortunately, any plans for a redesigned parkway could be months, or even years away. But statistics have shown that a deadly accident occurs every other month on Southern State Parkway.

If you or a loved one has been injured by a negligent or speeding driver on this dangerous stretch of roadway, the Long Island car accident lawyers at Cellino & Barnes can help. They’ve obtained more than $2 billion for their clients, and their experience could help you get the best result possible from an injury claim.

Contact one of our Long Island car accident attorneys for a free case evaluation.