Joe Vazquez is a senior trial attorney with Cellino and Barnes. Mr. Vasquez has represented many clients and families who have been injured as a result of another party’s negligence. He has represented individuals in jurisdictions throughout the country and has successfully earned millions of dollars in settlements. Joe represents families in a variety of personal injury cases including lead poisoning and asbestos.

Mr Vazquez has extensive experience representing workers who develop mesothelioma or lung cancer as a result of occupational exposure to asbestos. Joe’s experience includes working as an attorney at one of the largest firms in Philadelphia. While there, he represented government and commercial entities in civil cases, including multimillion dollar contractual disputes and wrongful death actions. Joe was born and raised in New York City and is fluent in Spanish. Joe is the first member of his family to graduate from a four year college and the first to attend law school. Joe’s mother immigrated to New York City as a teenager and raised her four children on her own. She worked off the books as a seamstress and spent her evenings earning an Associate’s degree in route to becoming a teaching assistant for children with special needs. Joe is also active outside of his litigation practice and believes strongly that it is every attorney’s duty to assist those less fortunate than themselves. Joe successfully represented a mother in an asylum action, helping her escape persecution and reunite with her children. He has helped Spanish speaking Ground Zero workers obtain benefits for treatments relating to lung disorders and a number of other diseases. He has also worked to protect voter rights in several states during mayoral, senatorial and presidential elections.

Joe received his law degree from Temple University’s Beasley School of Law. As a law student Joe received a variety of trial advocacy awards and distinctions, including winning a national mock trial championship. Prior to attending law school Joe received his bachelor of arts from Haverford College where he was elected Student Body President. Joe graduated from New York City’s Bronx High School of Science. 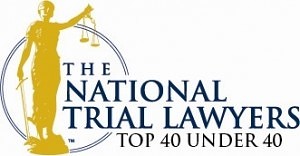