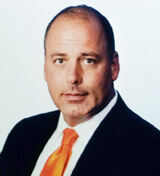 Since I began practicing law in 1989, I have limited my practice to the representation of people who have been injured by the negligence of others. In the past 27 years, I have obtained numerous million dollar verdicts and settlements for my clients.

Here are some of the many other cases in which I have successfully obtained settlements or verdicts:

I travel to Albany to lobby the New York State Assembly and Senate for the preservation of the rights of accident victims and consumers.

I give my clients my cell number to contact me whenever the need arises, and I am committed to excellence in the representation of my clients in order to bring them the justice they deserve and the compassion they need.