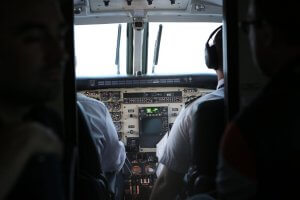 NEW YORK – Air travel is often considered one of the safest modes of transportation, but if you ask pilots, many of them will tell you that the airlines are not putting safety first.

At a global debate, pilots announced their growing concerns with many airlines and the lack of safety culture principles. In fact, one study found airline executives and financial decisions have greatly impacted airline safety in recent years.

The study found several trends and gaps in aviation safety. These problems included:

One of the most alarming concerns involved pilot fatigue. According to polls, 76-percent of the pilots working for cut-rate companies reported they were tired at work. In general, more than half of all pilots said they were frequently flying without enough rest.

Even at this rate, researchers believe many pilots are afraid to say that they were fatigued at the helm, and the true number of sleepy pilots could be much larger.

A New York airplane injury lawyer at Cellino & Barnes says the fatigue and lack of safety culture can also trickle-down to other staffers, including maintenance crews and flight attendants.

“Each year, thousands of passengers are injured in the air – on both domestic and international flights out of New York,” airplane injury attorney Ross Cellino said. “Many of these injuries can be traced back to that lack of safety culture and training among airline crews and staff.”

Some of the most common incidents on airplanes have to do with falling luggage. It’s estimated that over 4,000 people suffer injuries every year after being struck by falling suitcases, bags, boxes, or other carry-on items.

New York airplane injury lawyers say it is the flight staff’s duty to make sure all items are properly stowed before take-off. It is also the crew’s responsibility to make sure overhead bins are functioning properly and won’t suddenly open in-flight.

“Unfortunately, these accidents are surprisingly common,” Cellino said. “It’s also no secret that some airlines are cutting costs and giving the few staff members they have left more responsibilities; it can often be overwhelming and safety is sometimes overlooked.”

These accidents can cause serious and permanent injuries, but victims of irresponsible airlines don’t have to fight the big corporations alone. The New York airplane injury attorneys at Cellino & Barnes have helped many travelers get compensation for their injuries.

If you’ve been injured in an airport, or in-flight, contact Cellino & Barnes for a free case evaluation.