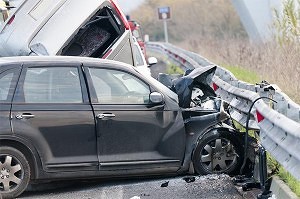 In 2004, The National Center for Statistics and Analysis (NCSA) stated:

In Western New York, the average number of fatalities per year total approximately 330.  A breakdown by county is as follows:

As you can see, car accident injuries and fatalities are astonishing. Injuries from car accidents are the leading cause of death for people ages 6 to 33 years old. To reduce your risk of being involved in an accident, there are some defensive actions you can take: