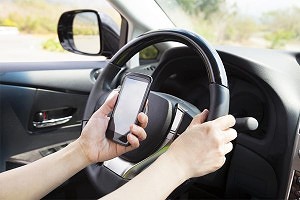 Even though we are all aware of the dangers of texting while driving, texting has become one of the most dangerous distractions for our nation’s drivers.

Throughout the country there have been numerous fatal accidents involving text messaging.

Many local residents have been affected by the news involving three Rochester teens killed in car accidents, the five area cheerleaders killed, as well as the recent college student killed after her car rolled over. All a result of texting while driving. Parents often worry about the safety of their young adults, particularly when they are driving with their friends.

According to the National Highway Traffic Safety Institute, in 2007, New York State reported 236 fatalities involving teen drivers. They also found that two-thirds of fatal crashes involving 16-year-old drivers were in cars with teenage passengers. “It is encouraging that New York State is doing something to try to prevent teenage driver fatalities,” states attorney Ross Cellino.

Another alarming statistic.  Did you know, you are 23 times more likely to be involved in a crash if you are texting while driving?

Distracted driving isn’t limited to texting while you drive. Distracted driving can also include eating, talking, changing the radio station, talking on your cell phone, or even fixing your hair. We’ve all seen it and many of us have personally been guilty of distracted driving to one degree or another.

Distracted driving can be terribly dangerous and puts everyone on the road at risk. It’s estimated that nearly 6,000 people die every year in auto accidents involving distracted drivers. That averages out to 16 people dying every day among the nearly 1,500 daily accidents that involve distracted drivers, nationwide.

The new law forbids the use of mobile devices for reading, typing and sending text messages while driving.

The ban on texting while driving comes with fines up to $150. It was already illegal in the state to talk on a cell phone while driving.