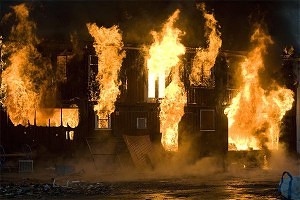 The firepots use a citronella scented gel to act as a bug repellent. There is no wick with these candles, so the gel itself must be lit. The fire gel used consists of more than 90% ethanol, which is highly flammable. People who have witnessed the explosions from these firepots have said it is like lighting gasoline.

The New York Times reported that one victim attempted to douse the flames by rolling on the ground, which simply caused the gel to spread and the floor to catch on fire. When a blanket was thrown on the victim, the blanket also caught fire. Read the New York Times article.

“This is an extremely dangerous product”, stated attorney Ross Cellino. “The public has not been made aware of the dangers involved and the warning label currently on this product is insufficient. It’s horrifying to think about all the families that have purchased these firepots with no knowledge of the dangers.”

TheTimes reported that it had informed the manufacturers about the incidents and the company asked the retailer to pull the items from the shelves until they could be properly labeled.

The Consumer Product Safety Commission is opening an investigation into the dangers of the product. There have been at least eight reports of explosions or burns since April.