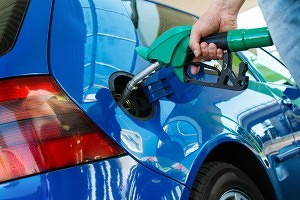 Owners and operators of “Clean Diesel” Volkswagens recently uncovered a dirty secret – their vehicles may have been cheating emissions tests and heavily polluting our air.

If you own, lease, or previously owned a vehicle affected by the recent findings regarding Volkswagen emissions, you could be entitled to significant compensation. Cellino & Barnes is now accepting cases from owners and operators of Volkswagen “Clean Diesel” vehicles including, but not limited to:

Our Volkswagen recall lawyers can get you the best results possible – and they will evaluate your case for free. Contact Us today for a free consultation or call 1-(800) 888-8888 to learn more about your options and how we can help.

The U.S. Environmental Protection Agency (EPA) has discovered that several models of Volkswagen “Clean Diesel” vehicles are in violation of the Clean Air Act and the German automaker is accused of intentional programming software to cheat emissions testing.

During regulatory testing, the programming reduces the vehicles’ output levels of nitrogen oxide, a major air pollutant. However, the “Clean Diesel” vehicles are estimated to emit up to 40 times more nitrogen oxide during real-world driving.

As other nations uncovered the defeat device, Volkswagen became the target of regulatory investigations around the globe.

Is There an Active Recall?

The board also said Volkswagen’s proposal was overdue.

“Volkswagen mad a decision to cheat on emissions tests and then tried to cover it up,” CARB chair Mary Nichols said. “They continued and compounded the lie and when they were caught, they tried to deny it. The result is thousands of tons of nitrogen oxide that have harmed the health of Californians.”

Federal officials at the EPA have also said the VW recall plan was unacceptable.

Volkswagen cannot fix their vehicles and make them comply with emissions standards without substantially limiting vehicle performance, many auto experts said. Engineers believe any adjustments would decrease the vehicles’ efficiency, horsepower and overall value. As a result, the vehicles are likely to have a poor resale value – even if Volkswagen makes changes to put the cars in compliance with EPA standards.

Many owners and lessees believe they have been misled and victimized by false advertising. Due to the decreased value, owners could suffer actual financial harm and damages because their vehicles will not perform in the way they were originally advertised.

Can I Keep Driving My Car?

Federal regulators said it is okay, for now, to continue operating the vehicles that are known to have Volkswagen ‘defeat’ devices. VW is expected to issue an acceptable recall in the near future, at which time owners are urged to take their vehicles to the dealership. However, the changes will likely affect the manner in which the vehicles operate – possibly hurting fuel economy and overall performance.

How Much Will This Cost to Fix?

According to early estimates, any recall repair work would cost Volkswagen at least $7,000 per vehicle. This adds up to about $4.2 billion in the U.S. alone.

Can I Get a Refund?

Currently, Volkswagen has not publicly announced plans to issue refunds to the owners of an estimated 11 million test-cheating vehicles. However, the company is bracing for steep fines and consumer lawsuits; and it has set aside billions of dollars to cover these costs.

Can I File a Lawsuit?

Anyone who has purchased or leased a vehicle equipped with emissions-cheating software could be entitled to significant compensation for their personal damages and losses. These include reduced car value and the costs associated with the necessary repairs to put a vehicle in compliance with EPA emissions standards.

Many owners were lead to believe their vehicles were efficient and safe for the environment. However, many regulators now say these consumers were misled.

If you purchased a VW or Audi “Clean Diesel” vehicle between the years of 2009 and 2016, contact the Volkswagen emissions lawyers at Cellino & Barnes to discuss your legal rights and options.

Contact Us online or call (800) 888-8888 to learn more about filing a Volkswagen emissions lawsuit.