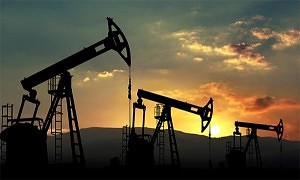 If you live in an area where gas drilling is ongoing, such as Pennsylvania’s Marcellus shale, the drilling company may be using a technique referred to as hydraulic fracturing (fracking).

Fracking is when, during drilling, water, sand, and various chemicals are injected at a high pressure, into the rock beneath the ground. As the rock opens, existing fractures in the rock allow gas to rise through the wells.

Why is this dangerous?

In some wells, the fracturing has caused the groundwater to be contaminated. Initially, many people living near shale gas drilling reported a nasty odor in their drinking water. Subsequently, independent studies were done and have shown that dangerous chemicals may be used in shale gas drilling, including benzene. Benzene is extremely dangerous and has been linked to health problems where exposure is too high.

One of the problems associated with the symptoms of Benzene exposure is that they are not specific and can often resemble the flu. You may experience fatigue, weakness, weight loss, abdominal swelling, and pain, or swollen glands. You may also experience abnormal bleeding and excessive bruising.

Benzene is also known to be responsible for a number of health disorders and is linked to various types of leukemia and other illnesses, including respiratory problems, skin problems, and blood disorders.

A report issued by the Pennsylvania Land Trust Association in 2010 determined that there were 1,435 violations by 43 Marcellus Shale drilling companies since January 2008. Of those, 952 were identified as having or likely to have an impact on the environment.