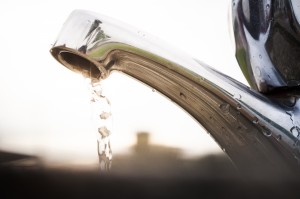 The lead poisoning attorneys at Cellino & Barnes are taking action against those responsible for the Flint water crisis and urging residents to join the fight for justice.

Some of those families in the Flint community were found to have toxic levels of lead in their bodies after consuming tainted city water that was drawn from the Flint River. Other families have reported the water caused skin irritation and in some cases, they believe it has made their hair fall out.

In addition to accounts of lead poisoning, many Flint residents were infected with dangerous bacteria called Legionella. These microscopic organisms have been known to cause Legionnaires’ disease and other potentially deadly illnesses. Some lab tests also discovered E Coli and elevated levels of chemicals in the Flint water system.

If you were affected by the Flint water crisis, contact the lead poisoning attorneys at Cellino & Barnes today for a free case evaluation. You could receive significant compensation for your illness or loss – and your case could help ensure that residents in Flint and across the U.S. receive safe drinking water for generations.

City switches off Lake Huron-supplied water from Detroit and begins tapping into the Flint River to save money.

Officials say the water is “not an imminent threat to public health.”

Lab tests detect high levels of lead in drinking water; in some cases, more than 26 times the legal limit

Blood tests reveal high levels of lead in children. Doctors urge the city of Flint to stop using water from the Flint River

Flint reconnects to Detroit’s water supply but many pipes have already corroded; citizens are still urged to use filters for drinking, cooking and bathing

Dan Wyant, director of the Department of Environmental Quality, resigns

Gov. Snyder declares a state of Emergency for Genesee County, including the city of Flint

Michigan representatives approve $28 million to assist the city of Flint

E-mail correspondence in October 2014 recognized Flint’s water crisis as an “urgent matter to fix” but for the next year, officials admitted the concerns were largely unaddressed.

In the same e-mail correspondence, a legal counsel to Gov. Snyder wrote, “to anyone who grew up in Flint as I did, the notion that I would be getting my drinking water from the Flint River is downright scary.”

“My mom is a city resident. Nice to know she’s drinking water with elevated chlorine levels and fecal coliform… [The city of Flint] should try to get back on the Detroit system as a stopgap ASAP before this thing gets too far out of control.”

Hundreds of families have become ill and home values have dropped significantly since the crisis gained national attention.

If you or your family has been affected by the Flint water crisis, contact the lead poisoning attorneys at Cellino & Barnes today. As one of the nation’s largest personal injury law firms, Cellino & Barnes has helped clients across America recover over $2 billion.

Contact Cellino & Barnes now to talk with a legal professional and learn how we can help protect your rights.