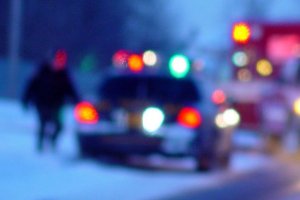 GARDEN CITY, N.Y. – The numbers are in and safe street advocates say there are fewer drunk drivers on the road but don’t let the statistics fool you: there’s still a lot of work to be done to accomplish the goal of zero drunk driving deaths.

According to a newly released study by the Substance Abuse and Mental Health Services Administration, motorists report being more responsible behind the wheel: the percentage of those who reported driving drunk in 2014 hit the lowest point since 2001, but nearly 30 million people are still boozing and getting in the driver’s seat.

That’s roughly 11 percent of drivers 16 and older admitting to driving drunk within the past year. A Long Island car accident attorney at Cellino & Barnes said every time an intoxicated person gets behind the wheel, they’re rolling the dice.

“Drunk driving is one of the riskiest, and deadliest, factors in car crashes on Long Island,” car accident lawyer Ross Cellino said. “Although the stats might say there are a fewer drunk drivers today, it remains one of the top causes of traffic fatalities on the road today.”

Long Island car accident attorneys say ‘progress’ is difficult to measure. The National Highway Traffic Safety Administration reports more than 10,000 people died in alcohol-fueled crashes in 2015. That’s over 300 more deaths than 2014; even though the rate of drunk driving crashes is the same because drivers traveled more in 2015.

Many safety advocates argue the ‘progress’ made is not nearly enough, and some lobbying organizations are urging states to adopt more stringent laws, like instituting ignition interlock devices and more programs that could recognize and keep drunk drivers off the road.

In some states, a court can order first-time offenders to install ignition interlock devices in their car. These devices force a driver to blow into a straw, which measures his or her blood-alcohol level (BAC). If the driver’s BAC is greater than 0.025, the vehicle won’t start.

In Connecticut, officials reported ignition interlock devices prevented more than 58,000 engine starts over the past year. The state’s Department of Motor Vehicles reports a little more than 7,000 people had the device in their vehicles.

“There are many ways to tackle drunk drivers but it really starts with taking a good look at yourself,” Cellino said. “If you’ve been drinking, be responsible and don’t get behind the wheel. We’ve seen too many cases where someone has been unnecessarily hurt or killed because someone made an irresponsible choice after a few drinks.”

There are many studies in addition to the SAMHSA report that show drunk driving is declining due to education campaigns, strict new laws and the availability of ride-sharing services. However, drugged driving is a different beast.

Recent polls have suggested that many motorists continue to use prescription drugs, some of which can mirror the effects of alcohol. Although they’re also subject to DWIs, these crimes can be challenging to prove in court.

New polls have also suggested that drugged driving is on the increase, and more drivers admit to driving under the influence of recreational or prescription drugs today compared to polls from 2007.

In any case, a solid legal team could gather the evidence you need to get the best result possible from an injury claim. If you or a loved one has been injured in a car crash and you suspect drugs or alcohol was a factor, contact the law firm that has been trusted for over 50 years.

As one of the largest personal injury firms in the nation, Cellino & Barnes has the network and resources to hire the expert witnesses and doctors who can help maximize your claim. Call an experienced Long Island car accident lawyer today for a free consultation.