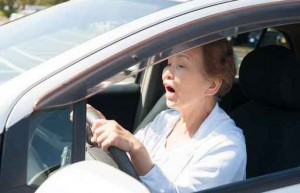 ROCHESTER, N.Y. – A fall can often lead to complications. Many people often suffer hip, wrist and head injuries after falling down but a new study links the same group of people to another consequence: car crashes.

According to a study conducted by the AAA Foundation for Traffic Safety, those who have fallen have a 40 percent greater risk of getting into a car crash. Researchers said falls can limit an older driver’s ability to function behind the wheel and driving can get risky.

A Rochester car accident lawyer at Cellino & Barnes says the findings could affect 12 million adults who fall every year.

“Older drivers are in nearly 500,000 car crashes each year and many of them happen right here in Rochester,” car accident attorney Ross Cellino said. “If some of these crashes are linked to falls, families can take preventative actions to keep at-risk drivers safe and off the roads, if necessary.”

The report, called Associations Between Falls and Driving Outcomes in Older Adults, found that falls can cause a driver to lose some functional ability. Injuries like a wrist fracture or a broken leg may not fully heal or properly recover, making it difficult for older drivers to brake and steer to avoid a collision.

Researchers noted that some individuals decrease their level of physical activity after a fall, which was found to weaken their driving skills.

Falls are an indicator of declining physical fitness, study authors said. Addressing the health issues that caused the fall – like lower body weakness or poor reaction time – can help older drivers lower their risk of another fall or a car crash.

Steve Barnes, a Rochester slip and fall attorney at Cellino & Barnes, says not all falls are caused by declining muscular health. Many falls – millions of them – are caused by negligence.

“We’ve seen icy sidewalks, wet floors in supermarkets, tripping hazards in apartment hallways; and they can all cause serious injuries,” Barnes said. “We urge anyone who has been injured to get the medical treatments they need to fully recover. Sometimes those treatments are expensive but if you’ve been injured because of someone else’s negligence, a slip and fall lawyer at our firm could help you get the best result possible.”

Safety advocates say it is vital to keep active throughout your lifetime. AAA researchers say maintaining your strength could prevent another slip and fall accident and it may even prevent a car crash.