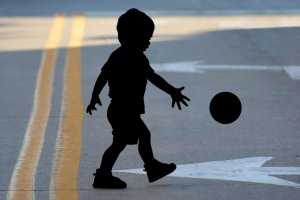 NEW YORK – As millions of Americans casted their votes on Tuesday, many were thinking about the future but for years, our future has been under attack.

Every year, more than 800 children are killed by cars and trucks. According to the Insurance Institute for Highway Safety, children were passengers in 69-percent of those accidents and nearly 20-percent of children were pedestrians.

A Brooklyn car accident lawyer at Cellino & Barnes says city kids are more likely to be killed or injured by cars than strangers, guns or terrorism combined.

“Teaching children how to be cautious around streets and traffic is one of the most important safety lessons they’ll learn in Brooklyn,” car accident lawyer Steve Barnes said. “More than ever before, distractions and speed are common factors in accidents and children of all ages need to use extreme caution when they’re out of the house.”

Despite the city’s goal of reducing traffic deaths to zero, fatal accidents are actually up 5-percent this year – many of which involve children. Recently, the New York Daily News reported a rash of car accidents involving children.

A van driver struck and killed an 8-month-old baby in a stroller.

A 13-year-old was hit by a driver while walking to school.

And other incidents have spurred families to push for more commitment to safer streets.

A Brooklyn car accident attorney says while infrastructure and safety improvements will help, drivers need to be more responsible behind the wheel.

“Many drivers don’t expect or don’t see children before an accident happens,” Barnes said. “These incidents can be prevented by simply slowing down and paying attention to your surroundings but many drivers are too distracted to maintain that focus.”

Brooklyn car accident attorneys are also urging parents to educate their children about the dangers of city streets and ways to stay safe:

If you’ve been injured by a distracted or speeding driver, a Brooklyn car accident lawyer at Cellino & Barnes can help you get the best result possible.