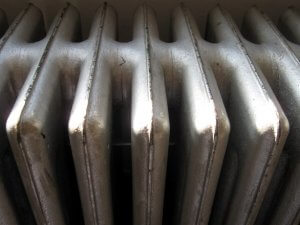 NEW YORK – A pair of toddlers were killed while napping near a radiator in their Bronx apartment, officials said.

The radiator exploded and filled their bedroom with scalding steam, the Daily News reported. The Daily News reported the girls’ father, Peter Ambrose, emotionally said the children were “the most beautiful babies in the world.” Reporters said their mother, Danielle Ambrose, found the girls in the room, filled with steam, after she opened the door to check on them.

CBS New York reported that Peter Ambrose, Danielle Ambrose and their children had recently moved to the city from Boston and were living in the Hunts Point building, where the city often places homeless families.

Stunned, many of the neighbors stood outside the building at 720 Hunts Point Avenue where Peter Ambrose and Danielle Ambrose were housed. Several neighbors told the Daily News that it was evident that the couple loved both of their children and that the building has had its share of problems.

The incident has sparked an investigation of the mixed-use building that housed the two toddlers, ages 1 and 2.

According to city records, there have been about 60 complaints at the building and housing inspectors have visited units several times this year for complaints of “no heat” in October and a faulty radiator valve in November.

A Bronx personal injury attorney says an intensive legal investigation should be launched to gather additional evidence to help understand this radiator explosion. Some of this evidence may include:

In any personal injury case, this evidence can be used in court to help the victims fight against the landlord for justice. There is so much pain and suffering because of an avoidable horrific accident.

City records show that housing officials cited the ownership group of the building at 720 Hunts Point Ave. with a code violation concerning “gas connections” but the citation does not say what, if anything, the property managers did in response.