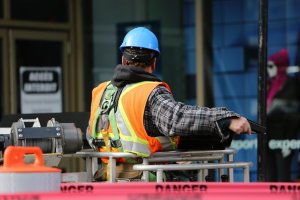 NEW YORK – If you’ve ever been injured on the job, you’re not alone. Every year, around 3 million workers suffer injuries or illnesses while on the clock and the costs associated with those injuries can be staggering.

According to the U.S. Bureau of Labor Statistics, injuries occurred at a rate of 3.2 cases per 100 full-time workers. These accidents racked-up to around $1 billion in associated costs… per week.

“There are a number of construction sites that have been flagged for safety violations – and that’s just in Brooklyn,” construction accident lawyer Steve Barnes said. “Many job sites are downright dangerous but workers are told to punch-in every day despite the risks, which can be minimized but some employers refuse to put safety first.”

A recent U.C. Davis study found that when indirect costs such as loss of productivity, overtime paid to other workers and lower worker morale were factored-in, it brought the price tag associated with construction injuries to nearly $250 billion per year.

The hidden costs could be even more severe to the injured worker.

Brooklyn construction accident lawyers say workers often suffer the most when they’re injured on the job.

“Many workers are quite literally risking their lives; and when they do suffer an injury, they still have their monthly bills to pay – on top of the medical bills and lost time at work,” Barnes said. “It’s our job to help construction workers get what’s fair and improve jobsite safety for others.”

Workers want to feel safe. But many construction employers have assumed that injuries are part of the job – and their insurers are prepared to pay as little as possible.

However, many industry researchers agree: improved safety is the best option for everyone.

Studies of workplace safety programs from around the nation have shown a better return on investment (and a better safety track record). Unfortunately, those safety programs are often turned away and as a result, more workers could suffer severe injuries or even death.

If you’ve been injured in a Brooklyn construction accident, call the attorneys at Cellino & Barnes for a free consultation.