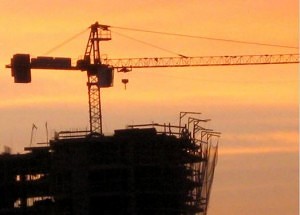 NEW YORK – You may have noticed your neighborhood is growing at a rapid pace and construction cranes dot the Manhattan skyline. The city is experiencing a major construction boom which has brought a number of new jobs to the area but it has also caused a number of serious accidents.

On Monday, Mayor de Blasio announced the city would make several changes in an effort to improve safety for construction workers – just two days after a crane collapsed in Tribeca, killing one person and injuring three others.

Among those changes, large crawler cranes would be required to stop operating and go into safety mode whenever wind speeds are forecasted to whip at over 20 miles per hour.

“Nearly 500 New Yorkers were hurt in construction mishaps last year and as personal injury attorneys, we get to know many of those families,” Manhattan construction accident attorney Steve Barnes said. “We form a bond with our clients and their families and they often want us to make sure these accidents don’t happen again.”

According to the Department of Buildings, construction is up 300 percent in New York and it’s causing some safety violations to slip through the cracks.

The construction boom has left the inspections division shorthanded. Recently, the department announced it would be hiring 100 new inspectors to help tackle the increased workload but even with more inspections, some argue the penalties are not harsh enough to deter safety violators.

Before Monday, the fine for ignoring the wind standards for cranes was just $4,800. Mayor de Blasio said the fine for these safety violations will be increased to $10,000 – effective immediately.

“It’s great to see the construction industry is creating jobs and we know many of the city’s construction workers are proud of what they do,” Barnes said. “But there’s nothing more important than your safety.”