Home » Blog » Rely on Responsibility, Not Luck This Weekend 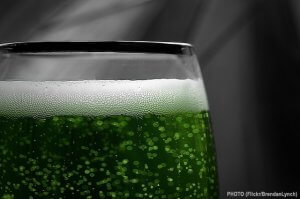 BUFFALO, N.Y. – More than half of Americans plan to be Irish this weekend, spending an estimated $5.3 billion St. Patrick’s Day outfits, food and drinks. But the luck o’ the Irish only goes so far.

In Western New York, it’s a must-see event as thousands of people flood Delaware Avenue for the annual St. Patrick’s Day Parade. While most of these parade-goers are responsible with their alcohol consumption, there are some who are not.

A Buffalo car accident lawyer at Cellino & Barnes says drunk driving continues to be a major problem on the holiday.

“People know the risks of driving drunk, and dozens of others pay the price every year in Buffalo,” car accident attorney Steve Barnes said. “They can get pulled over and receive a DWI, or even worse: cause a car crash that takes someone else’s life.”

In 2015, nearly three dozen people were killed in drunk-driving crashes over St. Paddy’s Day weekend, WalletHub reports. That adds up to a deadly crash every 72 minutes. Roughly three-quarters of these crashes involved a driver who consumed twice the legal limit.

During the St. Patrick’s Day week alone, New York State Police made roughly 500 alcohol-related arrests last year, according to state records. Most of those arrests occurred on the holiday itself, but since St. Patrick’s Day falls on a Friday this year, safety advocates fear the problem could get worse.

“Since many people don’t have to work the next day, they could be staying at the bar later into the evening, and that’s when things can get out of hand,” Barnes said. “Not only are they consuming more alcohol, but they’re also losing daylight, and nighttime driving is more dangerous for everyone – even the designated driver.”

The Buffalo car accident lawyers at Cellino & Barnes urge everyone to enjoy St. Patrick’s Day responsibly. That means planning ahead and getting a designated driver if you plan on enjoying a green beverage or two.

If the worst-case scenario happens to you or your family, trust the firm that has helped Western New Yorkers get the best result possible from a drunk driving crash. Contact the Buffalo car accident attorneys at Cellino & Barnes for a free case evaluation.