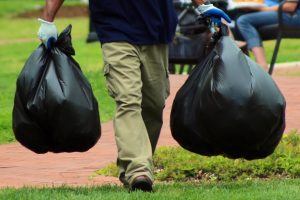 NEW YORK – They take out the trash and in some cases, workers are risking their lives to handle your garbage. It’s a dirty and dangerous job and safety advocates are calling for immediate changes.

According to the New York Committee for Occupational Safety & Health (NYCOSH), commercial trash companies routinely break safety rules and have historically forced workers to man faulty equipment with little to no training.

The new report claims 71-percent of the sanitation workers surveyed said they’d been injured on the job.

A New York workers compensation attorney at Cellino & Barnes said some of the safety and health violations reported in the last year could be considered criminal.

“There are companies that have no regard for safety but many of them still operate in New York,” workers compensation attorney Ross Cellino said. “Many workers have been injured and some have even been killed because safety wasn’t a priority.”

Some of the dirty and dangerous accidents were reported in the full NYCOSH report, including four deaths at one company in less than four years.

In 2005, a Queens recycling worker was struck and killed by a heavy construction loader. The same company reported three more deaths just a few years later when workers were asphyxiated by hydrogen sulfide gas.

“In almost every working environment, injuries can be prevented,” Cellino said. “There are rules and best practices that help keep employees safe on the job and when we’re investigating a case, we often find that a company did not comply with these standards.”

NYCOSH said that the commercial waste companies are often non-union and they routinely violate legal requirements with impunity.

Charlene Obernauer, NYCOSH Executive Director stated, “Too many workers are getting injured or killed in the commercial waste industry as egregious violators disregard workplace safety. New York City needs to ensure that employers are held accountable to the law and get creative about solutions to keeping these workers—who are primarily people of color—safe.”

If you or someone you know has been hurt on the job, a New York workers compensation lawyer at Cellino & Barnes can help you obtain the best result possible.

Cellino & Barnes has helped hard-working New Yorkers obtain over $1.5 billion and the firm has office locations across New York. If you’ve been injured, contact a New York workers comp attorney today for a free consultation.