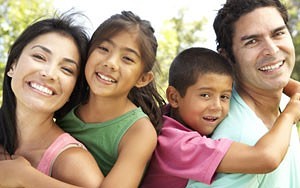 The personal injury attorneys at Cellino & Barnes have recovered over $2 Billion for injured clients. Here are some of our notable settlements and verdicts:

Cellino & Barnes represented many clients who were injured after using a company’s defective product.

Intoxicated commercial truck driver rear-ended our 20-year-old client. As a result, our client’s car caught fire and she suffered 2nd and 3rd degree burns. The case was settled shortly before a jury was selected.


Infant was taken to a hospital for routine surgery. As a result of the negligence of the anesthesiologist, the infant went without oxygen for 6 minutes, causing irreversible brain damage. Case settled just after jury selection.

A 48-year-old man on a motorcycle was hit by an SUV in an intersection, throwing him off the bike. As a result of his injuries, he was taken to the hospital and his family called Cellino & Barnes. Our attorneys were able to get a settlement for our client totaling $5.5 million.

A 44-year-old woman was injured when a large truck made a right-hand turn into the car that she was driving. She suffered disabling back injuries. The insurance company refused to settle for anything more than $300,000. Our truck accident attorneys took the case to trial and a jury awarded our client $4 million.

Our client was ejected out of a roller coaster and flew approximately ten feet in the air before landing on pavement.

A jury ordered the Six Flags theme park to pay our client approximately $4 million for a roller coaster accident that has left him with an uncorrectable hernia condition.

Our client, 20, was rear-ended by an intoxicated driver. The defendant was driving a large commercial truck and as a result of the crash, our client’s car caught fire and she suffered 2nd and 3rd degree burns. Case settled shortly before jury selection for $12,250,000.

Vehicle ran a red light while client was crossing the street. As a result of the impact, our client suffered multiple injuries. After calling the car accident lawyers at Cellino & Barnes, our client accepted a $6 million settlement.

A head-on car crash caused one of the cars to crash into our client, who was outside of a vehicle. Our car accident lawyers were able to obtain a $3 million settlement for our client.

Our client, a truck driver, had pulled over to the side of the road to take his dog for a walk, while our client’s wife sat as a passenger in his truck.

As our client stood in front of his tractor-trailer, it was suddenly rear-ended by a charter bus carrying a girls’ travel hockey team.

As a result of the impact, the tractor-trailer jolted forward and struck our client, killing him instantly.

Cellino & Barnes Bus Accident Attorney, Richard Barnes, made a Zone of Danger claim on behalf of our client’s wife and for the wrongful death of her husband.

Mr. Barnes was able to secure a substantial settlement for our client’s wife.

A New York City school bus driver claimed they didn’t see our client, a pedestrian, crossing the street in a crosswalk. The school bus had three children on board when the driver made a left-hand turn, without yielding to the pedestrian, who had the right-of-way.

As a result, our client suffered injuries to his neck and back.

Attorney Jordan Finkelstein utilized several expert witnesses, including doctors and neurosurgeons, to help strengthen our client’s case. Mr. Finkelstein then negotiated a $1.4 million settlement with the bus company, on behalf of our client.

A bus driver was apparently unaware of the height of the bus he was operating. In addition, the driver failed to take notice of the flashing warning lights on an upcoming bridge.

As a result of the bus driver’s negligence, the bus crashed into the bridge at a speed of 50-55 mph, causing the bus to become lodged under bridge.

Our client, a passenger on the bus, died at the scene.

As a result of a New York charter bus accident, our client – a 6-year-old girl – was admitted into the pediatric ICU for various head, orthopedic, and internal injuries.

Cellino & Barnes attorney Brett Manske led extensive negotiations with the bus company and was able to secure a substantial settlement for the young girl and her family, which will provide the financial aid to our young client throughout her lifetime.

Working on a construction site, our client was struck by large coiled pipes as they unraveled, causing serious injuries. Cellino & Barnes initiated settlement negotiations, ultimately obtaining over $3 million for our client.

A 35-year-old construction worker was working with a cement gun, when it backfired and knocked him six feet to the ground.

He suffered multiple injuries to his neck, back and elbow which required multiple surgeries.

This worker called Cellino & Barnes and our lawyers fought against multiple parties, including the property owners and general contractor of the construction site for failing to provide a safe place to work.

A Cellino & Barnes construction accident attorney prepared the case for trial and hired numerous experts to testify. The case ultimately settled after opening statements for over $3 million.

Our client, 32, suffered multiple injuries after falling while working on a commercial painting project.

This worker was attacked by a swarm of bees which caused to fall approximately 20 to 25 feet to the pavement below. He was not provided with ropes, tie-offs, safety belts, or similar safety devices that may have prevented his fall from the elevated work site.

As a result, our client underwent numerous medical procedures, including a lumbar fusion surgery.

The case went to trial and was appealed. In the end, our client was awarded $3 million.

Construction accident caused a backhoe to crash into our client while he was climbing a ladder. Cellino & Barnes obtained a $2.2 million settlement.

Cellino & Barnes represented many clients who were injured after using a company’s defective product.

Our client was traveling on the expressway in the left lane, when she swerved to avoid hitting a deer. As she regained control, the front passenger side tire blew out, causing the vehicle to roll over, go off the road, and crash.

As a result of this serious accident, our client suffered numerous injuries, one of which required surgical intervention to repair a left orbital fracture.

A young child was taken to a hospital for a routine surgery. As a result of the anesthesiologist’s negligence, the infant went without oxygen for 6 minutes which caused irreversible brain damage. Case settled for $6 million just after jury selection.

Client suffered injuries as the result of complications from surgery. The medical malpractice attorneys at Cellino & Barnes investigated the case and found reason to believe the surgeons negligently operated on our client and secured a $3.3 million settlement.

A high school student broke his arm at practice but developed complications soon after. Doctors failed to diagnose his complications and he was forced to undergo several surgeries. His family called Cellino & Barnes and our medical malpractice attorneys obtained a $3.5 million settlement.

Cellino & Barnes are experienced plane crash attorneys. We help plane crash victims and their families, both locally and internationally and have recovered millions of dollars for our clients.

$3 Million – Fall From a Porch

Our client fell from a porch she regularly used at her apartment. The property owner had not installed railings along the porch.

As a result of the fall, our client suffered several injuries and damages which required rehabilitation.

Our client slipped and fell on a recently waxed floor at her apartment complex.

Attorney Dan Aiello gathered evidence and interviewed apartment employees during depositions, who admitted to using the wrong wax and failed to put-up warning signs that would’ve advised people of a wet or recently waxed floor.

In addition, Mr. Aiello discovered that an apartment employee was later told by their supervisor to destroy or otherwise not preserve video surveillance of the negligent act.

As a result of Mr. Aiello’s successful cross-examination of apartment employees, our client agreed to settle this case before trial for $2.25 million.

Our client was working inside her place of employment when she slipped on water, a known problem that was supposed to be fixed by the owner of the building.

As a result of the slip and fall accident, our client suffered a herniated disc in her back which required multiple surgeries.

Cellino & Barnes attorney Greg Pajak helped secure a settlement for our client in the amount of $1.6 million.

Our client was ejected out of a roller coaster at a popular Six Flags theme park. As a result of the accident, our client was thrown approximately ten feet in the air before landing on pavement.

A New York jury ordered the theme park to pay our client approximately $4 million for the roller coaster accident that has left him with an uncorrectable hernia condition.

The jury found Six Flags Darien Lake 100% liable for the accident on its Superman roller coaster. Our client and his family ultimately received $2.85 million.

During the course of the trial, the offer to settle was never greater than $250,000.

If you have been injured, let our New York personal injury attorneys go to work for you. Contact Cellino & Barnes today. (800) 888-8888