Home » Blog » Safety Should Be On The Menu This Thanksgiving 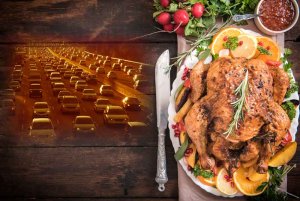 More people are carving out time to visit family and friends this year because the economy has improved, AAA says. Despites moderate increases in gas prices, drivers will have saved more than $28 billion at the pump this year compared to 2015.

It’s good news for travel agents but for safety advocates, the spike in road-trippers could result in dangerous consequences. A Long Island car accident lawyer at Cellino & Barnes says Thanksgiving break is historically one of the most dangerous times to be on the road.

“Other holidays like New Year’s Eve or the 4th of July are often highlighted as ‘dangerous travel days’ but there are actually more car accidents in the days just before Thanksgiving in Long Island,” car accident attorney Ross Cellino said. “Fatal accidents tend to take a sharp jump on the Wednesday before Thanksgiving but we see a rise in the number of crashes throughout the break.”

With nearly 50 million people sharing the road, the traffic could give you a headache too. But safety advocates urge drivers to let the stress go if you plan on taking a road trip.

In any situation, you may need a legal advocate if you’ve been injured in a car crash over Thanksgiving break. The Long Island car accident lawyers at Cellino & Barnes have helped New Yorkers get over $1.5 billion in settlements and verdicts.

If you’ve been hurt in a car accident, Cellino & Barnes has the resources and experience you need to get the best result possible. Call them today for a free consultation.