Home » Blog » Safety Should Be Standard 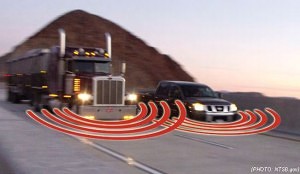 BUFFALO, N.Y. – What if we told you that your vehicle could stop an accident from happening? Sounds good, doesn’t it? That technology actually exists and thousands of cars are equipped with it but probably not yours.

Automatic braking is a crash prevention system that allows your vehicle to sense traffic or an obstacle in its path and adjust the speed accordingly. In some cases, the automatic brakes will completely engage to avoid an imminent crash.

Unfortunately, not all vehicles are equipped with this technology. Many automakers are instead charging top dollar to include the safety feature in premium packages.

A Buffalo car accident attorney at Cellino & Barnes says it’s a shame because the technology could prevent thousands of accidents and keep many drivers out of the hospital.

“Automatic braking could perhaps be the most significant safety feature since seat belts or air bags,” Buffalo car accident attorney Steve Barnes said. “Imagine if car companies charged a premium just to include seat belts – it would put a lot of lives at risk.”

The outrage toward automakers extends into the federal government. The National Transportation Safety Board (NTSB) is urging regulators and industry executives to quickly adopt automatic braking, among other safety features that have been pushed aside.

In its annual “Most Wanted” list, the NTSB explained the importance of collision avoidance technologies and chastised automakers for not including them in standard packages.

“Although some passenger vehicle manufacturers offer collision avoidance technologies as standard features in many of their models, this life-saving technology is frequently only offered as optional equipment—and even then, it is often bundled with other non-safety features (such as moon roofs or leather seats),” the safety board wrote on its website. “The NTSB believes that not only should more automakers offer collision avoidance technologies as standard features in their vehicles, but that consumers should not have to purchase a luxury option package to get the safety benefits of these technologies.”

“Thousands of people are injured every year as the result of rear-end collisions,” Barnes said. “If all vehicles were equipped with automatic brakes, many of these injuries could have been prevented.”

The National Highway Traffic Safety Administration (NHTSA) discovered that the primary reason for rear-end crashes was driver inattention and the NTSB argued that collision avoidance tech could have saved 28 lives and prevented dozens of other injuries between 2012 and 2014.

Some major auto manufacturers agreed in September to begin making automatic brakes a standard feature on all new vehicles but the car companies have not set a timetable to implement the systems. Furthermore, only ten manufacturers announced they will be standardizing the braking systems:

Since the auto industry is not reacting as quickly as some would hope for, many regulators are heading to Congress to seek laws that would require the safety features on all vehicles in the same way that dual airbags were mandated in 1998.