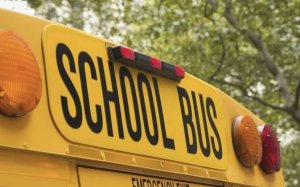 NEW YORK – A woman walking in a crosswalk on Sedgwick Ave. near West Fordham Road was run over by a school bus on Friday in University Heights.

Carmen Puello, 43, of the Bronx was struck just a block from her home, the New York Daily News reported.

According to reporters at NBC 4, witnesses told police that the school bus was in the center lane on West Fordham Road when it made a right-hand turn onto Sedgwick Avenue, striking Carmen Puello as the driver made the turn.

The 47-year-old bus driver remained on scene while an ambulance transported Carmen Puello to St. Barnabas Hospital. Unfortunately, Puello did not survive.

Over the last decade, more than 1,200 people have been struck and killed by school buses and many more have suffered severe injuries.

According to statistics assembled by a Bronx bus accident lawyer, most of those injuries and fatalities have affected pedestrians who were outside the bus. Most often, the pedestrians have been small children or parents.

Many victims and their families also seek legal assistance after a bus crash in the Bronx and a claim can help families, survivors and beneficiaries get compensation for their loss. This compensation can cover the following aspects:

An attorney will gather all the evidence a victim’s family needs to not only get closure – but to get the best result possible from their claim. This evidence is not just limited to the incident report supplied by police.

According to a Bronx bus accident attorney, a legal investigation into the incident is vital. A lawyer will not only look at bus operator negligence; a qualified personal injury attorney will explore other factors that may have led or contributed to the crash, including:

In almost all cases, a fatal bus accident can be prevented. That’s why a Bronx bus accident lawyer should investigate all aspects of the crash to help their clients maximize their compensation. Many personal injury claims have also spurred meaningful changes to help prevent future incidents and improve the safety for millions of New Yorkers.