Home » Blog » Seniors May Have Lasting Pain after a Car Crash 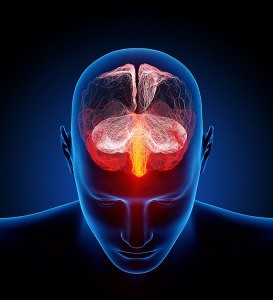 MELVILLE, N.Y. – One in four seniors will have lasting pain after being in a car crash and many of those affected will struggle with basic daily activities in the weeks and months after an accident, a new study finds.

Doctors say motor vehicle crashes are the second most common form of trauma among older adults. A research team headed by doctors at the University of North Carolina at Chapel Hill has set a goal to prevent these types of injuries from escalating.

Long Island car accident attorneys at the law offices of Cellino & Barnes said chronic and persistent pain is a common problem after a crash but continued research could help millions of Americans recover.

“There are dozens of car crashes every day in Long Island,” car accident attorney Steve Barnes said. “Even a minor crash can take its toll on the human body and cause long-term side effects, including chronic pain.”

Researchers studied over 150 patients over the age of 65 and went to the hospital for minor injuries after a car accident. Patients with more severe injuries like fractures or head trauma were not included in the study.

Initially, more than 75 percent of the patients reported moderate to severe pain at their initial visit to the emergency room. Six month later, researchers found over a quarter of their patients were still complaining of a nagging, severe pain.

Barnes said whiplash is one of the most common injuries to adults who’ve been in a car accident. Whiplash, although it is not always immediately recognized, has been known to damage the spinal cord and cause lasting, severe pain.

“We represent clients who’ve been hurt in just about every way imaginable,” Barnes said. “The most common injuries however usually involve the head or neck.”

“Chronic pain is one of the nation’s most expensive health problems,” Barnes said. “Some of our clients are not only forced to live with this pain but it can also increase their risk of another injury in the future.”

Head trauma in particular has been associated with cognitive failures in older adults but researchers believe the best way to tackle chronic pain is to treat it early and increase physical activity.