Home » Blog » These Are Shockingly Dangerous for Kids 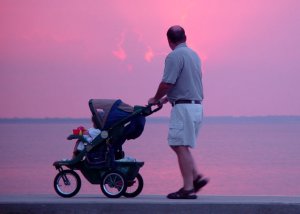 ROCHESTER, N.Y. – You want the best for your children, so you buy the best strollers and the best car carriers for them. What many parents don’t realize is how many baby products aren’t safe. Many of them can be defective – but you’d never know until it’s too late.

According to a new study published in Academic Pediatrics, two children are admitted to hospitals every hour after incidents involving strollers or car carriers. Over the past few decades, that adds-up to over 360,000 children who were rushed to emergency room.

“Parents do a lot of research when they’re spending money on a stroller for their child and they expect it will be a safe and secure way to transport their baby around Rochester,” defective product lawyer Ross Cellino said. “Unfortunately, many companies fail to meet our expectations as parents and there are dozens of strollers and carriers that have been recalled due to some dangerous incidents.”

Just last month, 217.000 of these jogging strollers were recalled after more than 200 children suffered injuries. In most of those incidents, the front when could pop off or become loose, causing the stroller to become unstable and fall.

“Children under the age of five can easily suffer severe injuries when a carrier or stroller malfunctions or falls apart,” Cellino said. “When this happens, the most common injury we see are head-related injuries and those are often some of the most serious injuries too, especially for young children.”

The newest research analyzed a national database for stroller or carrier-related injuries between 1990 and 2010. Researchers discovered a total of 360,937 children were treated in emergency rooms and that may be a conservative estimate. Children treated at home or by a private pediatrician were not included in the numbers. Among the cases analyzed however, about a third of the children suffered concussions.

Researchers said even a minor concussion can impair a child’s development, behavior and their learning ability.

Rochester defective product attorneys say many parents can immediately recognize something is wrong with their carrier or stroller. Belt clips may not work properly, or a wheel could be loose. In many cases, the manufacturer can be held liable for selling a potentially dangerous item.

“We recommend checking every aspect of your carriers and strollers,” Cellino said. “If anything is loose or broken, don’t use it and notify the Consumer Product Safety Commission.”

Safety oversights are not only catching the attention of parents; the federal government has stepped in as well. New mandatory safety standards were recently issued for strollers and carriers and, as of September 2015, all manufacturers must comply with the new standards.

An official at the Consumer Product Safety Commission (CPSC) said newer is better. The new standards address many of the most common injuries children suffer after a carrier or stroller accident and many of the products that meet these standards are now on store shelves.

If your child has suffered an injury, the manufacturer may owe your family compensation. And as one of the largest personal injury firms in Western New York, Cellino & Barnes has attorneys who focus on defective product liability. Contact a Rochester defective product lawyer today for a free case evaluation.

To alert the CPSC of a faulty baby product, go to www.saferproducts.gov.